Even as the Nasdaq Composite is reaching fresh all-time highs, Micron Technology (NASDAQ:MU) stock's 138% rally over the past 12 months puts the Nasdaq's 25% rise to shame.  These numbers certainly don't lie, but they also only tell part of the story when it comes to Micron.

Take a step further back to view the bigger picture, and one sees a company that has experienced both sweeping successes and stinging failures over the years, a point investors enamored by its recent rally must keep in mind. To get a better sense of the company and the forces that drive it, let's examine three charts that sum up Micron Technology and its long-term share price dynamics. 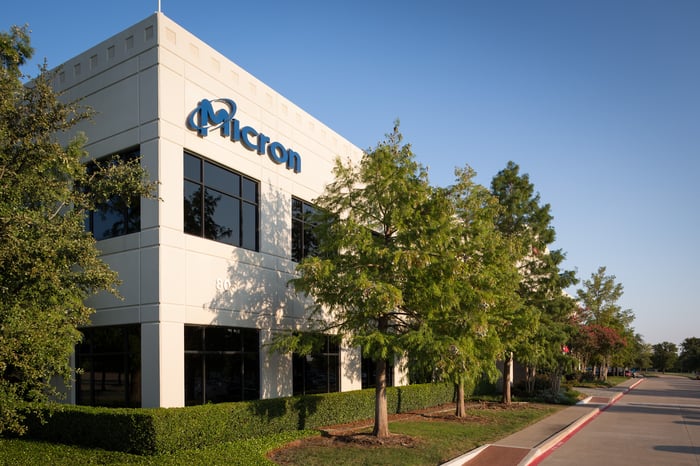 Perhaps the most important thing to understand when looking at Micron is that the DRAM and flash memory chips it sells are effectively commodity products. Market spot prices control what they can charge, which means that Micron's revenue is almost entirely dependent on the current supply-and-demand dynamic for both types of memory chips.

This can lead to the same sort of tremendous top-line fluctuations that are experienced by oil producers or other commodity-based businesses, as you can see from Micron's historical revenue chart. 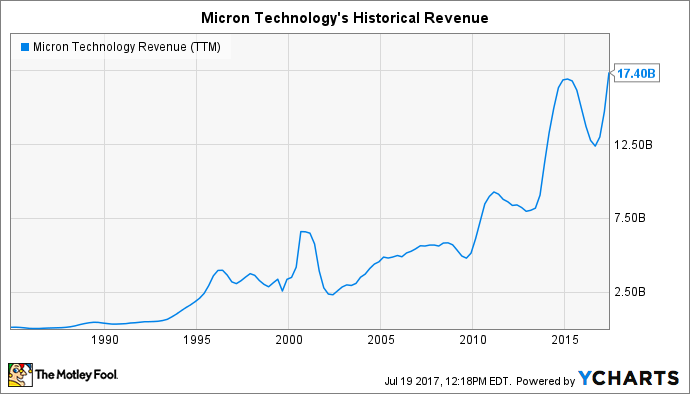 As you can see, the general direction of Micron's sales has been upward, as technology and computing power have become more integral parts of our everyday lives in recent years.

However, since the year 2000, the company's revenue has experienced four major contractions that, predictably, led to steep losses for Micron shareholders (more on that below). Before turning to its stock price though, we need to look at the rest of Micron's cost structure, which plays an important role in a broader discussion of the giant chipmaker.

As is the case for most companies that lack pricing power, Micron Technology's margin structure shows a tremendous amount of variability. When times are good, the company can produce significant profits. However, when memory chip prices soften -- either due to economic weakness or market-wide supply-and-demand imbalances -- its profits can nosedive deep into the red as the following charts demonstrate. 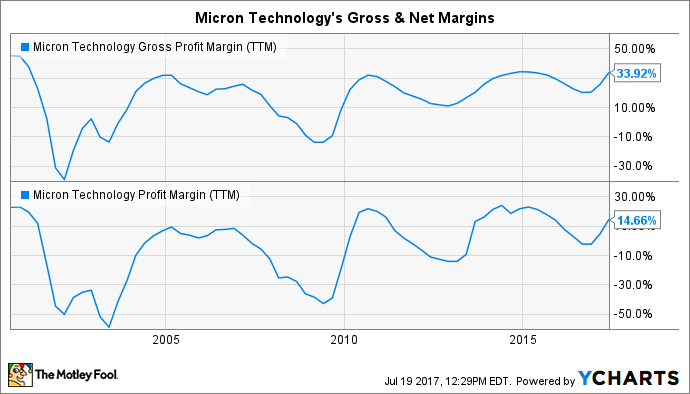 Because of the above factors, it should come as no surprise that Micron's stock has also swung wildly over the years. Take a look at the company's historical performance against its benchmark, the Nasdaq Composite. 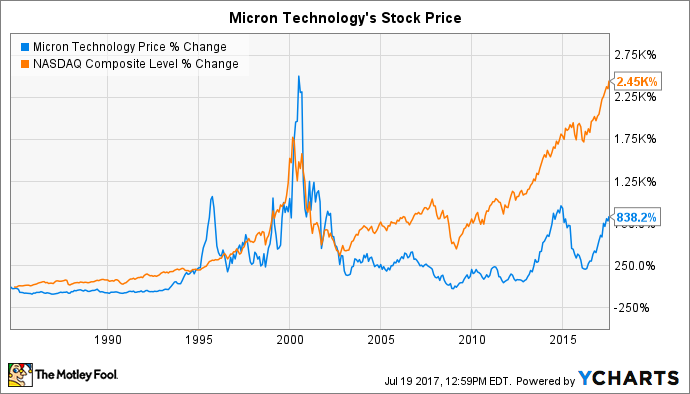 This nicely captures my cautious take on Micron, particularly for long-term buy-and-hold investors. Micron can generate market-beating returns when investors buy its shares during a pricing rut and hold them until memory prices recover, which is exactly the scenario that has played out with Micron over the past year or so.

Unfortunately, shareholders who have mistimed their investments -- we don't believe in trying to time the market here at The Fool -- have lost their shirts. To be sure, times are flush at Micron right now, and the continued recovery in its business has Wall Street analysts as bullish as ever.  However, the company's highly cyclical nature and lack of meaningful pricing power suggest this same scenario will eventually take place.

Ultimately, this isn't an attempt to dissuade investors from buying Micron stock. Rather, it's an earnest warning that owning Micron shares comes with legitimate risks that need to be fully understood prior to investing.