Earnings season is almost here for the solar industry; in the meantime, there's some big news.

Earnings season starts next week in the solar industry, with First Solar (FSLR 2.95%) kicking things off on Thursday. There are beginning to be some positive signs for the industry, and First Solar should give us a good look at where demand and pricing are trending in 2017.

As we wait for earnings, there were still some very notable news items this week. 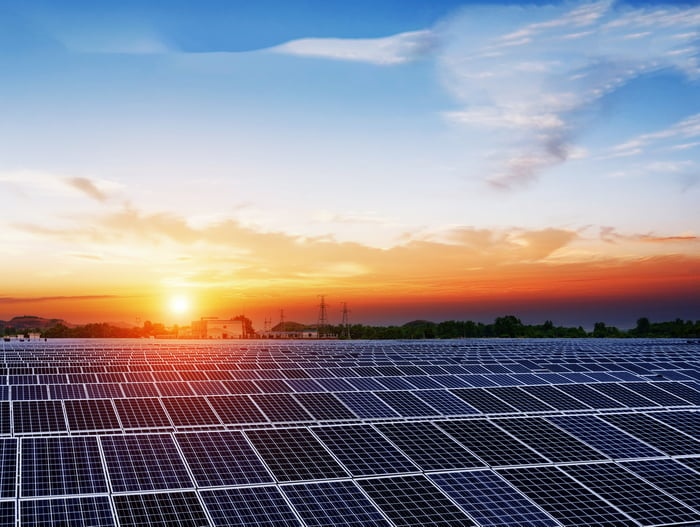 Tesla (TSLA 4.67%) went through a major shakeup this week when former SolarCity CTO Peter Rive left the company, leaving behind the solar roof project he led. SolarCity has essentially been gutted since being acquired by Tesla, leaving questions as to what the solar ambitions are in the first place.

As Rive exited, Twenty-First Century Fox (FOX) CEO James Murdoch joined the company's board of directors. This is a shocking move given the fact that Fox News hasn't exactly been a fan of renewable energy (to put it lightly) and the man who ultimately runs the network is now on the board of the company building the future of energy.

Maybe this is a brilliant political move by Musk to get Fox in his corner? Given that Murdoch has no experience in the energy or auto businesses, it's the most likely justification for his appointment.

Renewable energy is no threat to the grid

One of the big concerns for solar developers so far in 2017 was a report requested by Department of Energy secretary Rick Perry asking if renewable energy destabilized the grid. The working thesis was that Perry wanted justification for putting policies in place that would limit renewables and prop up coal and natural gas plants.

A leaked, incomplete copy of the report seemed to ease some of those concerns this week, saying that renewables had benefits to the grid because they're a hedge against fuel costs and the grid can actually handle a lot more renewable energy. We don't know what the final report will say, but it probably won't be as damaging to solar energy as the industry feared.

Here are the small, but still notable, items from the week in solar energy.

That's all for this week in solar. Check back to fool.com for earnings coverage starting next week.