Both of these companies have strong competitive advantages and financial fortitude, but Amazon appears to be the slightly better bet.

It may seem odd to compare Amazon.com (AMZN 2.10%) and NVIDIA (NVDA 2.48%). The two aren't competitors and don't share many business pursuits. Amazon is, of course, THE giant of the e-commerce world and NVIDIA makes the majority of its money selling graphics processors for the gaming market. But both companies are delivering strong returns for their investors and are making big investments in new markets that should continue to pay off for years to come.

For those reasons, it's worth comparing to the companies' competitive advantages, finances, and current valuation to determine which is the better long-term play for investors. So let's take a look: 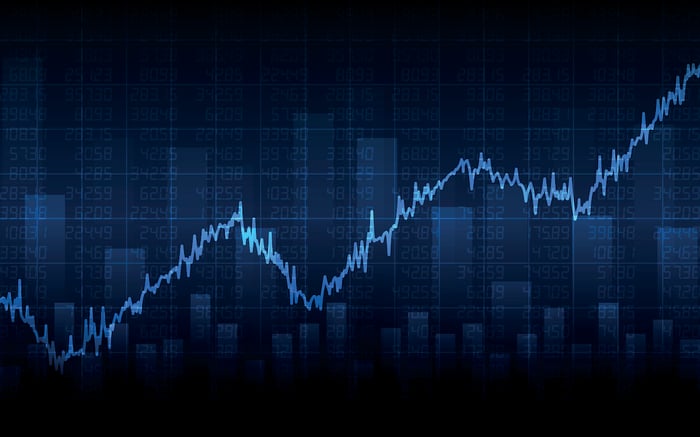 One of Amazon's key competitive advantages is the company's e-commerce platform size of hundreds of millions of products and its Prime Membership subscribers. Amazon has an estimated 80 million Prime subscribers that pay about $99 per year to receive free, two-day shipping, free music streaming, Amazon Prime Video, and other services and discounts.

The company's vast e-commerce platform, paired with its Prime members, has proved to be a winning combination for the company. Research shows that Prime members spend about twice as much on Amazon's platform than non-Prime members.

Those members are also more likely to buy Amazon's own devices (like the Echo, Dot, etc.) and are more likely to use those device to spend more money on Amazon than they would if they didn't own the devices. In short, Amazon has created a seamless ecosystem in which users spend money on its platform and buy devices or view content that also spur them into spending more.

If you add to that Amazon's vast delivery distribution network and its ability to invest in new delivery systems like drones, then it starts to become very clear that no other e-commerce platform has same competitive advantage as this company.

NVIDIA's competitive advantage is different than Amazon's approach, but is still very strong. The company dominates the discrete desktop market with more than 72% market share right now and leaves its rival Advanced Micro Devices (AMD 0.33%) with less than 30%. NVIDIA earned about 53% of its total revenue from GPUs sales for gaming in fiscal first-quarter 2018 so its advantage in the GPU space is directly contributing to the company's top and bottom lines.

Additionally, NVIDIA is making huge gains in the growing artificial intelligence market, where it uses its GPUs for self-driving cars and for servers funning artificial intelligence programs. Nearly 225 companies are already using or testing the company's Drive PX 2 supercomputer for semi-autonomous vehicles. Drive PX 2 allows self-driving cars to understand the images that are being processed by the vehicle's on-board cameras and Tesla, Audi, Volvo, and Toyota have already partnered with NVIDIA to bring this tech to their semi-autonomous vehicles.

NVIDIA doesn't face any competition from AMD in the sem-autonomous space, though Intel is making gains after it bought a self-driving car tech company, Mobileye, this year and will likely use the tech to help sell its own processors for semi-autonomous vehicles.

Additionally, NVIDIA's GPUs are being used in some of the most advanced AI supercomputers built by Facebook, Google, and others. AMD just released its own processors geared toward AI, but NVIDIA is already several steps ahead with its partnerships and its own DGX-1 AI server. The company believes it has a total addressable market in the AI space of about $40 billion.

Winner: Amazon by a nose.

Having a durable, competitive advantage is great, but investors also want to see that companies are in a strong financial position as well.

Here's how NVIDIA and Amazon stack up:

Both of the companies are on a strong financial footing right now. Amazon has more debt, due to its ongoing expansion into new markets (like cloud computing and grocery stores) but it also has a significant amount of cash on hand and outpaces NVIDIA's free cash flow. For those reasons, I think Amazon is in a better financial position.

Finally, we should take a look at the valuations of these companies. Let's focus on NVIDIA and Amazon's current price-to-earnings ratio, their forward P/E (which factors in future earnings projections), and the enterprise value-to-EBITDA ratio (the earnings before interest, taxes, depreciation, and amortization).

Both companies are still growing quickly, which is why both of them are sporting very high P/E and forward P/E ratios. For investors trying to decide which company is technically "cheaper" than the other, NVIDIA looks to be the better choice.

That doesn't mean that NVIDIA is the better stock, or that it's technically less risky, but only that its shares are selling at a cheaper price compared to what the company's current earnings are right now, compared to Amazon's. I'm going to give NVIDIA the win for this one since its P/E is significantly lower than Amazon's.

This is a tough one because I think both are fantastic companies and either one should be a great long-term bet for investors. But based the above criteria I've laid out I have to give Amazon the win. The company is in a strong financial position, has a massive competitive advantage with its current ecosystem, and continues to find new ways to disrupt old businesses. Sure, the company trades at a hefty premium, but Amazon's not done growing yet and has already proved that it has nearly unlimited reach among its loyal consumers.