Of course, the price of DigitalGlobe stock is tied primarily to the terms of its merger agreement. But in the meantime, let's take a closer look at how DigitalGlobe ended the first half of the year, as well as what investors can expect from the company going forward. 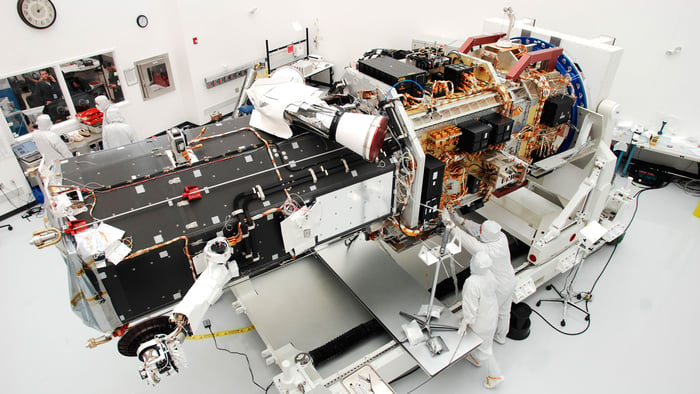 "We are pleased to have delivered another strong quarter with double digit organic growth in DAP, commercial, platform and services," added DigitalGlobe CEO Jeffrey Tarr. "I am grateful to our teams around the world who continue to serve our customers and execute our strategy as we prepare for a successful combination with MDA."

For perspective, recall that DigitalGlobe's merger agreement dictates that investors will receive $17.50 per share in cash plus 0.3132 MDA common shares for every common DGI share owned. Shares of MDA closed Friday at 65.29 Canadian dollars, or approximately 51.92 U.S. dollars per share based on current exchange rates. That translates to an acquisition price for DigitalGlobe of $33.76 per share as of this writing, or a roughly 1% premium to Friday's closing price.

In the end, while this quarter was a solid one for DigitalGlobe, as long as the merger remains on track, DigitalGlobe shares will remain tied to a combination of Canadian-U.S. foreign exchange rates and the price of MDA common shares.