A solid quarter and a guidance boost weren't enough to support a lofty valuation.

Shares of PC and mobile accessory manufacturer Logitech International (LOGI 3.88%) slumped on Tuesday following the company's first-quarter report. The decline occurred despite Logitech beating analyst estimates across the board and raising its outlook for the full year. Investors may have been expecting more. At 11:45 a.m., Logitech stock was down about 10%.

Logitech reported first-quarter revenue of $530 million, up 10.4% year over year and about $9 million higher than the average analyst estimate. Sales of pointing devices, Logitech's largest category, rose 5% year over year, while keyboard and combo sales slumped 2%. Smaller categories grew faster, with gaming sales up 38%, video-collaboration sales up 49%, and smart-home sales up 47%. 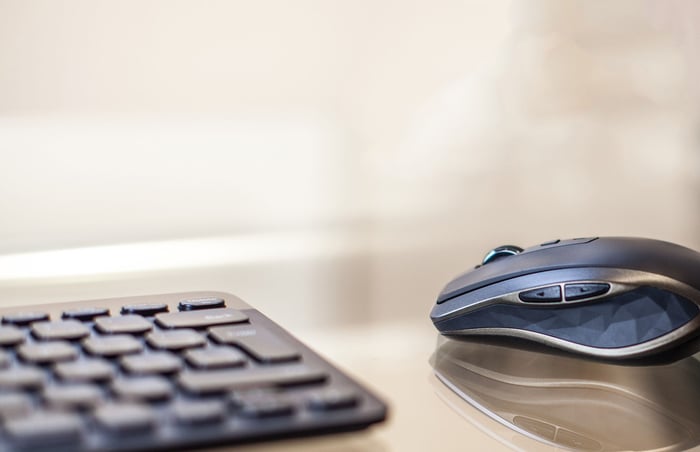 Non-GAAP earnings per share came in at $0.24, up from $0.20 in the prior-year period and $0.01 higher than analysts were expecting. Logitech President and CEO Bracken Darrell commented on the results:

We're off to a strong start. Our innovative and diverse portfolio is delivering, with growth and profitability exceeding expectations this quarter. Our growth was broad-based -- we grew double-digits in constant currency across all three regions. Looking out to the rest of the year, the strength of our innovation program combined with the expected closing of the ASTRO Gaming acquisition, give us the confidence to raise our [fiscal year] 2018 outlook.

Despite what seems like an overwhelmingly positive report, investors found a reason to push down the stock. Valuation may be the culprit. As of market close Monday, Logitech stock was up 64% year to date, trading at a P/E ratio of 35 based on last year's GAAP earnings.

While Logitech is putting up solid growth numbers, it may not be enough to justify that valuation. The stock seems to have gotten out ahead of the fundamentals, so even a great quarter wasn't enough to keep the rally going.