Worried about the next market decline? Adding shares of Waste Management, American Water Works, and Amazon should help ease those concerns.

It's been a while since we have seen a draw down in the broader market -- 272 days since the last 5% decline as of Wednesday, to be precise. This kind of market can lull some investors to sleep, thinking that their investments will go nowhere but up. That isn't the case, though, and it always helps to have some companies in your portfolio that will do well no matter the state of the market.

So we asked three of our investing contributors to each highlight a stock that investors can own through the vacillation of the market. Here's why they picked Waste Management (WM 1.18%), American Water Works (AWK 2.02%), and Amazon.com (AMZN 2.07%). 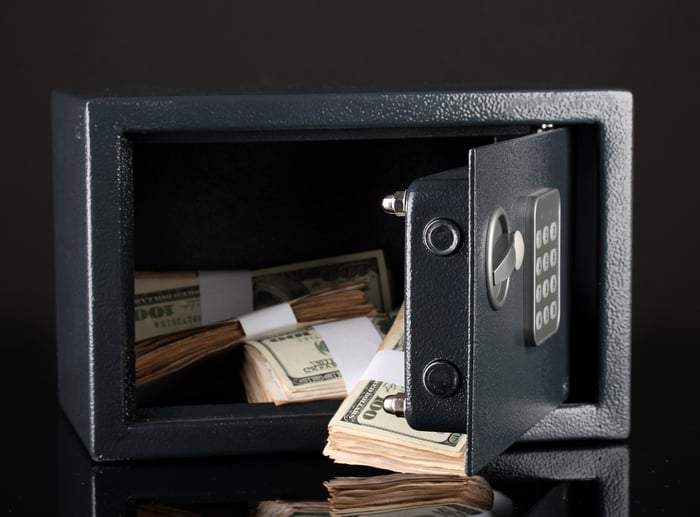 Brian Stoffel (Waste Management): While I shudder at the idea of telling people there are stocks that are completely decoupled from the broader market, there are ways to invest in safety. By putting your cash in companies with reasonable valuations, sustainable dividends and -- most importantly -- providing a service that's necessary no matter the economic climate, you can rest easier at night.

Waste Management fits all three of these criteria. It is currently trading for 21 times free cash flow -- which while not cheap, is a fair price in today's market. Moreover, management only had to use 46% of that free cash flow to meet payout of its dividend -- which is currently yielding 2.3%. That means that this payout is safe if economic conditions deteriorate, and likely to grow if they don't.

But perhaps most importantly, we're still going to need our trash to be taken away during a recession. Admittedly, there will probably less trash -- as we'll be buying less stuff -- but the trash will be there nonetheless.

During the last market swoon -- between August 2008 and March 2009 -- shares of Waste Management fell 33%. That's a harrowing experience for any investor. But it still meant that the stock outperformed the S&P 500 by ten percentage points. Critically, it did not offer a dividend back then, either, so there's no telling how that could mitigate the damage going forward.

Water is even more reliable

Tyler Crowe (American Water Works): Stoffel stole one of my go-to companies when it comes to investing through the ups and downs of the market. Like trash, though, one of the best ways to protect yourself from economic booms and busts is to invest in essential human needs. Is there any more essential need than water? I don't think so, and that makes American Water Works a great company to own at any point in the cycle.

American Water Works is, for the most part, a regulated utility. It signs long term service contracts with municipalities and has a monopolistic hold on that certain geographic region. In exchange, the fees  it can charge to clients are capped for a fixed rate of return on equity. Today, about 90% of the company's earnings come from these steady regulated markets, which translates to a steady stream of cash for management to reward shareholders with dividends or reinvest in the business.

This business may not sound like one with many growth prospects, but one thing that American Water has going for it is the massive need for water and wastewater infrastructure spending. Management estimates that over the next 25 years it will need to invest $40 billion for upgrades to systems in the states it already operates. That doesn't include any opportunities that may arise from cash-strapped municipalities selling their systems to American Water in exchange for upgrades.

Like Waste Management, American Water isn't a cheap stock right now. It currently trades at 13 times EBITDA, 30 times earnings, and a dividend yield of 2%. If you are looking for an investment that won't likely suffer from an economic malaise and will grow steadily over time, though, it's hard to go wrong with American Water Works.

A long way from its "dot-com" roots

John Rosevear (Amazon): If you've been at this investing game for a while, it might seem downright contrary to think of Amazon as a stock to own "no matter what the market does."

But think about it: These days, Amazon is far more than a bookstore. It's a low-cost provider of lots of goods, including household essentials. Its already-vast product range is expanding all the time -- as are its sales.

This company just doesn't stop growing. Right now, Amazon is in the process of making a big move into groceries, via the acquisition of Whole Foods (WFM). It's clearly thinking about a move into auto sales, whether as a middleman (like TrueCar) or in some other way. With its automated assistant, Alexa, it's showing its artificial-intelligence chops -- and opening yet more doors for further growth in the future.

Sure, its stock isn't cheap, and it could well take a dip if the market's waters get choppy. But with its hugely dominant-and-still-growing position, Amazon is going to be a company that investors will want to own for a long time to come -- and that makes it a very good company to own any time.