Please ensure Javascript is enabled for purposes of website accessibility
Log In Help Join The Motley Fool
Free Article Join Over 1 Million Premium Members And Get More In-Depth Stock Guidance and Research
By Beth McKenna - Updated Jul 28, 2017 at 9:28AM

Mindbody (MB) reported second-quarter 2017 results after the market closed on Wednesday. The company -- which provides an online platform for wellness class providers that allows users to book classes across venues -- posted healthy revenue growth of 31%, while its adjusted loss per share narrowed to $0.01 from $0.10 in the year-ago period.

Both segments posted strong growth, with subscription and services revenue increasing 29% year over year to $26.0 million, and payments revenue jumping 37% to $17.6 million. (Total doesn't add up to $44.1 million because there's also a very small "other" category.)

For additional context -- though long-term investors shouldn't pay too much attention to Wall Street's near-term estimates -- analysts were expecting Mindbody to post an adjusted EPS loss of $0.05 on revenue of $44.2 million. So the company beat Wall Street's earnings expectation and hit the revenue target. 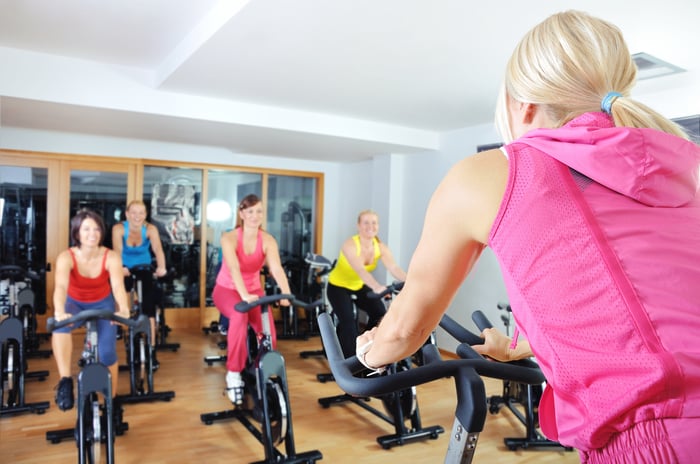 Here's what co-founder and CEO Rick Stollmeyer had to say in the press release about the quarter:

[W]e continued to focus our subscriber acquisition efforts on those businesses that contribute significant amounts of inventory to our platform, and we realized rapid growth in consumer adoption and engagement. This represents substantial progress toward our goal of a transaction-enabled marketplace that will serve more than one hundred million consumers.

Mindbody's management issued third-quarter guidance. Additionally, it edged up the lower end of its previously issued revenue guidance range for full-year 2017, and also increased its outlook for full-year adjusted EPS.

Data source: Mindbody. *Mindbody provides guidance for adjusted net loss and the weighted average shares outstanding in a period, from which an expected adjusted loss per share can be calculated.