With earnings season in full swing, it's been a good news, bad news, worse news kind of a couple of weeks for defense investors.

Last week, Wall Street seemed unsure precisely how happy to be with Lockheed Martin's strong earnings report. First investors sold it; then they bought it back. With Lockheed Martin stock now selling within $1 of where it sold before earnings, investors appear to have ultimately decided to just let their money ride.

This week, it's General Dynamics' (NYSE:GD) turn to report earnings -- and investors appear to be in a less forgiving mood. 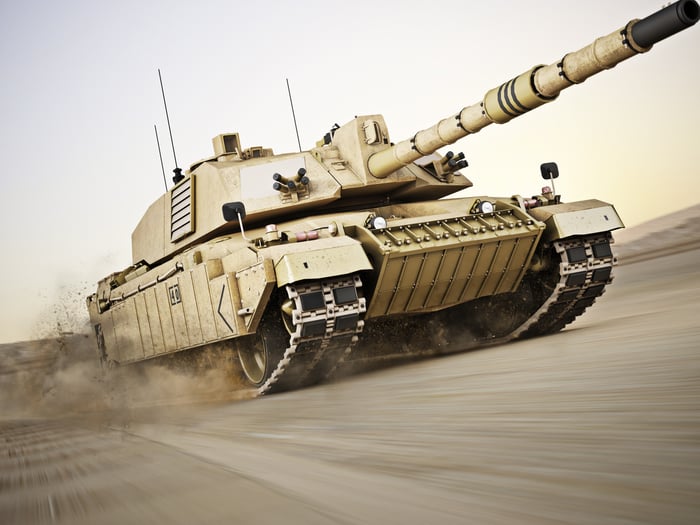 General Dynamics reported its fiscal second-quarter 2017 earnings  Wednesday morning, and the results were -- as they say on the Street -- "mixed." For Q2:

The result: Every single General Dynamics division earned more profit in Q2 2017 than it had in Q2 2016 -- which is definitely good news.

So why did General Dynamics stock plunge more than 4% in response to yesterday's earnings news? Not because of "earnings" per se, which met expectations, but rather because revenue declined, when no such decline was anticipated.

Should this decline concern investors? Perhaps so. Consider that alongside this modest decline in sales, General Dynamics also warned of a somewhat steeper decline in its total backlog -- the source of future revenue. General Dynamics' total backlog is now down 10% from year-ago levels. At $58.6 billion, General D still has plenty of work to keep it busy -- nearly two years' worth of work at current revenue run rates -- but backlog has slipped 3% from where it was just three months ago.

Why is this worrisome? General Dynamics' profit margin is now at an all-time high. At 14.3% for the past 12 months, operating margin hasn't been this high at least as far back as S&P Global Market Intelligence records go, which is nearly 30 years. So while it's possible that General Dynamics may expand its margin a bit more, and thereby offset the falling revenues (implied by falling backlogs) to keep its profits growing, I wouldn't bet on seeing that happen.

With General Dynamics stock now selling for 19 times earnings, and nearly 1.9 times declining sales, I think investors may be right to be getting nervous.