Rumors that Discovery Communications (NASDAQ:DISC.A)(NASDAQ:DISC.B)(NASDAQ:DISCK) and Scripps Network Interactive (NASDAQ:SNI) were discussing a possible merger of operations were substantiated this week when Discovery announced second-quarter results. In a difficult cable TV market, this move could make a lot of sense for Discovery shareholders, and even more for owners of Scripps. 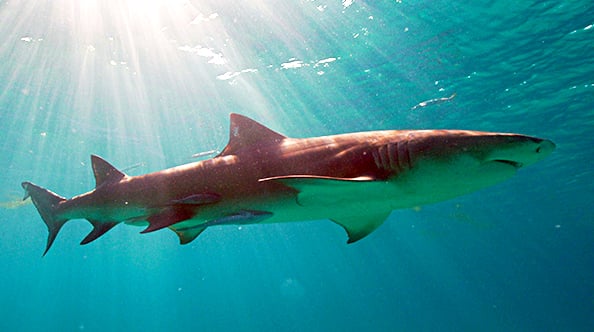 When bigger is better

Why the need in the first place for these negotiations? It's all about fighting back against cord cutting, driven by disruptive online streaming services like Netflix (NASDAQ:NFLX) and Amazon's (NASDAQ:AMZN) Prime video service. For example, Netflix crushed all expectations last month when it showed that its subscribers in the U.S. surpassed 50 million, more that the roughly 48.5 million of the major cable networks.

TV hasn't just gone the way of streaming; the format and length of video is undergoing change, too. Services like Alphabet's (NASDAQ:GOOGL)(NASDAQ:GOOG) YouTube can help anyone find an audience, and short-form mobile-first video content is on the rise.

These changes have caused upheaval in the paid cable TV industry, setting off a race among the old guard to get their content into a format that younger generations will watch. It's also set off plenty of consolidation – like AT&T's (NYSE:T) purchase of DirecTV and pending bid for Time Warner (NYSE:TWX).

Discovery and Scripps are two of the smaller cable TV content providers and have struggled the last few years. This move could help the companies keep up with the fast changes. 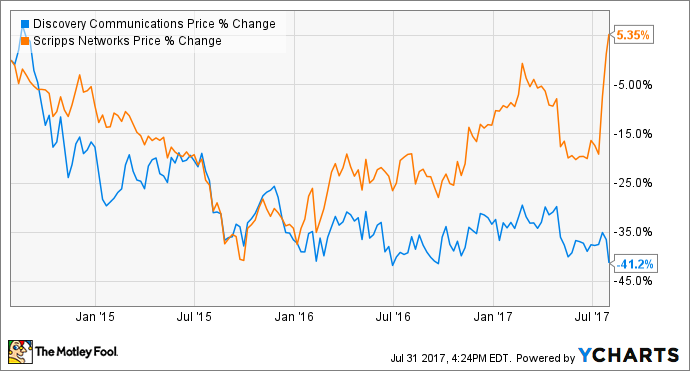 In the first six months of 2017, the two companies' combined revenue sits at $5.1 billion, collectively a 3% increase over last year. Together they will own 20% of the U.S. paid-cable industry and have a strong international presence via Discovery's international distribution. Scripps' overseas viewership is much more limited than Discovery's, so this deal could help the company bring assets like HGTV, Food Network, and Travel Channel to millions of more viewers in the years ahead.

On the other hand, Scripps has had success in creating short-form video content that Discovery hopes to utilize with its own Group Nine Media. Based off of recent numbers, the two companies will create 7 billion short-form streamed videos each month. The new scale each company will receive internationally and on the web will make them an impressive force to be reckoned with.

In addition to content delivery, the deal could also help keep costs down. It is expected that, once complete, the merger will help the new company save $350 million a year in expenses.

Since rumors of the transaction first surfaced, Discovery's stock is down nearly 5% while Scripps is up some 30%. Why the big discrepancy? 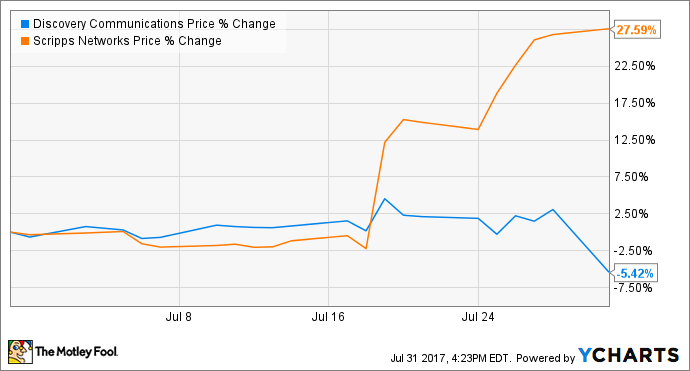 Owners of Scripps will be getting instant gratification as a result of the deal. Each share will receive $90, $63 of which will be in cash with the other $27 made up of non-voting Discovery class C shares. Scripps owners can elect to take that combination, or alternately all cash or all stock.

Discovery is paying a $14.6 billion purchase price, which includes the assumption of $2.7 billion of Scripps debt. Post-merger, existing Discover shareholders will own about 80% of the company.

Given the potential cost savings and the complementary strengths of Discovery and Scripps, this deal looks like a great one for shareholders. As TV continues to undergo monumental change, a tag-team approach makes a lot of sense. Scripps obviously realizes a lot of financial benefit up-front, but holding onto a stake in the new company with Discovery shares should pay off as well.