Northrop Grumman (NYSE:NOC) reported its fiscal Q2 2017 earnings on Wednesday. Investors  responded to the news by first selling Northrop stock on Wednesday, selling it a bit more on Thursday, and then, finally, buying it back on Friday. By the time trading closed for the week, Northrop Grumman stock was basically back where it stood before earnings -- up just a nickel at $264.10 a share.

Why such a weak response to such a strong report? 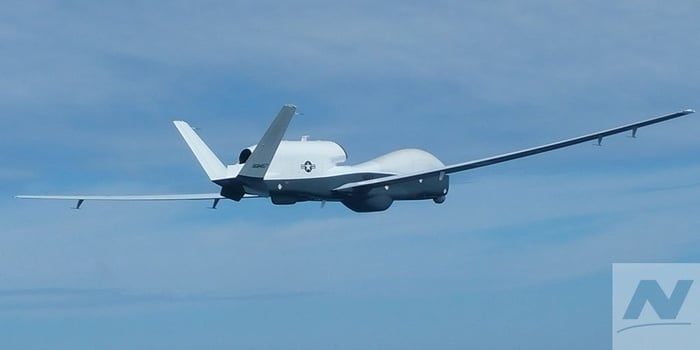 Here's a quick look at Northrop Grumman's numbers -- and I'll preface this by pointing out that they beat analyst estimates  with a stick. Heading into earnings, Wall Street was expecting Northrop to report roughly $2.84 per share in profit on sales of $6.2 billion. Instead, Northrop reported:

At first glance, there doesn't seem to be much to dislike in any of that. When all was said and done, Northrop Grumman's continuing, if modest, stock buybacks helped the company eclipse analysts' long-term expectations for 7.6% annualized earnings growth. Yet investors' first instinct was to sell off Northrop Grumman stock.

The perils of high expectations

If you ask me, the reason can be found in Northrop Grumman's guidance. Inspired by its strong Q2 results to up its guidance for the rest of this year, Northrop management sharpened its pencil and concluded that by year's end, it should end up earning profits of between $12.10 and $12.40 per share.

Like all the preceding, that sounds like good news. But here's the thing: Even before Q2 results came out, Wall Street had been telling investors to expect a profit of $12.36 per share from Northrop this year. Now the ceiling on Northrop's guidance is just $0.04 above these analyst expectations, while the midpoint of the company's guidance ($12.25) lies $0.11 below expectations -- and the floor is lower still.

All this suggests that if Northrop exceeded expectations in Q2, it's setting up investors for disappointment over the next two quarters.

The perils of high prices

This is bad news for investors primarily because Northrop Grumman stock has performed so well over the past few years. Helped by a long series of strong earnings reports, the stock is up 12% year to date, 20% over the past 12 months, and nearly three times in value over the past five years. But the stock now trades at more than 20 times trailing earnings and 21.6 times what it expects to earn this year. What's more, Northrop stock sells for 1.85 times trailing sales -- an 85% premium to the long-term average for defense stocks.

Investors are right to worry how much longer Northrop stock can remain at such lofty levels. Why? Consider the company's profit margin. According to data from S&P Global Market Intelligence, Northrop Grumman stock currently generates operating profit margin of 13.3%. Viewed in isolation, that sounds fine, but viewed historically, this number is a huge outlier.

The fact is, over the nearly three decades that S&P Global has been tracking data on Northrop Grumman's profitability, the company has matched 13.3% operating profit margin only once before (in 2014) and exceeded it only once (in 2000, when Northrop's profit margin briefly touched 14.4%). With Northrop Grumman now engaged in a major effort to design and build an entirely new type of stealth bomber, and the U.S. president pressing defense contractors, in general, to rein in their prices, Northrop's profit margins seem more likely to fall than to rise going forward.

When that happens, I'd expect Northrop Grumman's stock price to follow.