Zynga (NASDAQ:ZNGA) was once the leader in social video games thanks to popular titles like FarmVille and Mafia Wars, but the company fell on hard times when games shifted away from Facebook's platform and toward mobile devices. Browser games are a thing of the past, and more than 80% of Zynga's sales now come from mobile, but this achievement exists in the context of a 41.5% revenue decline over the last five years and an uncertain future for the company.

Zynga has seen several leadership changes over the last two years, along with corresponding shifts in visions for how to best get the business back on track, but it now seems to be making some progress under CEO Frank Gibeau -- a former leader of Electronic Arts' mobile division. Here's a look at Zynga's comeback strategy with quotes from the company's most recent earnings call as per a transcript provided by Thomson Reuters. 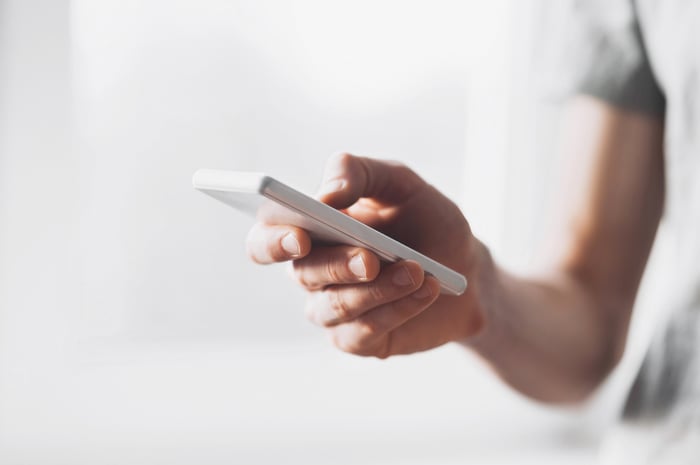 Getting more out of live services

The mobile games market is intensely competitive due to the vast range of content available and the high cost of customer acquisitions, so Zynga is prioritizing getting the most out of its existing products -- or what the company calls "live services." The games maker views focusing on content and feature updates (what it calls "bold beats") for core titles as a low-risk, high-reward strategy that will allow it to quickly build to sustainable profitability. Here's Frank Gibeau on the implementation and benefits of the bold beat strategy:

And so for every one of the forever franchises that we have at the company in our key categories, we build bold beat road maps that we go in and architect over four to eight quarters how this is going to unfold. And we look at each of the different customer segments of existing players, reactivation players as well as new players, and then we put together an integrated campaign to drive it. This is a -- it's a new process to Zynga that we've really been crafting over the last year. It takes advantage of a lot of the great things that Zynga built over the years and data science and product management, but it adds a few new things, especially as it relates to mobile.

Zynga Poker exemplifies the potential benefits of this approach, having managed to grow mobile revenues 63% year over year in the company's last quarter, at least partially thanks to new game modes. The company's CSR Racing 2 (which launched in June 2016) provides another example of success for its bold beat strategy, reentering the top-15 grossing-iOS-games chart in April thanks to a content update that tied in with Comcast's The Fate of the Furious film.

By focusing on its live services, the company expects that it will finally be able to increase margins substantially and achieve consistent profitability. Last quarter saw Zynga generate $16.7 million in EBITDA and $29.7 million if earnings on its deferred revenues are taken into account. That brings the company's EBITDA margin to 14.3 % -- not bad, but the company sees maximizing the value of its core franchises allowing it to rapidly ramp margins -- hitting 20% in fiscal 2018 and, eventually, climbing north of 30%.

For a relatively young company, Zynga has wracked up a lengthy acquisitions history, and the level of success achieved from previous and future deals will likely have a big impact on performance. The company recently launched Crosswords With Friends, which is the first game to come from its acquisition of PuzzleSocial, and the extent to which it can sustain and grow the CSR Racing and Dawn of Titans franchises (from development studio NaturalMotion which Zynga acquired for $527 million in 2014) will have a significant impact on future earnings.

Zynga also recently purchased Harpan and its four solitaire games for $42.5 million and expects the addition to have a significant impact on performance in the remainder of the fiscal year. Check out Gibeau's comments on the Harpan deal for an idea of what Zynga is looking for in acquisitions:

The strategic intent behind the Harpan acquisition was we look at every genre that we're in and we seek to try and build a leadership position. If it's Word With Friends in the words category or, in this particular case, our position of poker in the cards category, card-based games, we looked at Harpan as an opportunity to expand our position there. And we understood from our player data that poker players as well as Word With Friends players had a high affinity to solitaire games.

Zynga has roughly $720 million in assets on the books and no debt, so it has room to make additional acquisitions and build its position in categories that offer growth avenues and synergies with its existing product line. The company's focus on games that have already broken into the mobile market and ample cash position suggest that acquisitions will continue to be a central part of its growth strategy.

Live services are the focus, but new games are coming

In the near term, Zynga is prioritizing the evolution of its existing live services, but it's not completely eschewing new game development. Gibeau's comments in the quote below make it clear that new games are in the works even if they're not the company's chief focus:

We are launching new titles. Obviously, Crosswords With Friends is a really nice launch for us. We've launched Boggle this year. And these are about extending and expanding our position in the Words category. We have active development for new titles in our other categories, but we're being very careful about how we manage those development dollars and those processes. Because it's so hard to break into the charts, we try and keep the team small. We try and prove the fun as early as possible. And we use a lot of testing to really prove out the thesis before we really start to scale the production team. So I think we'll take a more slow and methodical approach to how we are developing and really focus on our energies on the live operations.

Based on the company's comments, it seems likely that new games from Zynga will revolve around proven concepts and that these projects will be relatively small scale in terms of development resources. Creating digital versions of board games, card games, and word games seems to be the company's strategy for internal game development -- efforts that are relatively inexpensive to produce but have the potential to build sizable user bases and appeal to players of existing games like Zynga Poker and Words With Friends.