Pharma titan Pfizer (NYSE:PFE) announced second-quarter earnings on Tuesday, but the drugmaker's performance was clearly a secondary issue for analysts and investors alike. Despite beating consensus on adjusted earnings per share and improving its full-year outlook for this same metric, for example, the drugmaker's shares still ended the day down 0.24%.

Pfizer's respectable Q2 earnings release was overshadowed by its glaring need to execute a large-scale acquisition, as well as management's unexpected pivot to in-line market opportunities as the company's main near-term growth driver. 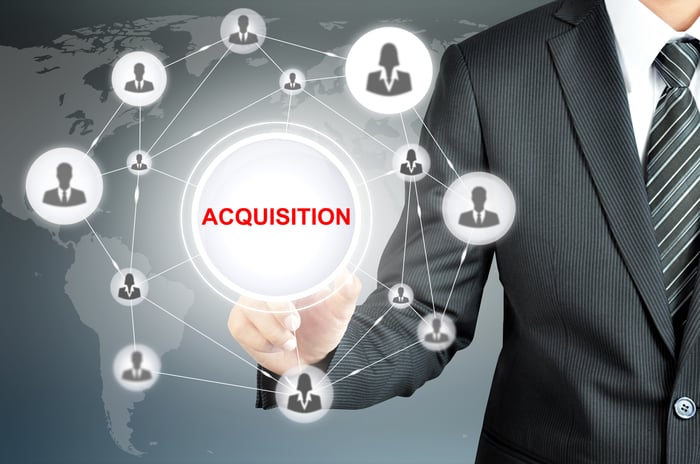 Leading up to this earnings release, Wall Street was growing cautiously optimistic that Pfizer was close to a megadeal that would spark an eventual split. Such a move, after all, would unlock the tremendous value currently trapped in the company's high-growth innovative health business segment.

Pfizer's CEO Ian Read, however, threw a healthy dose of cold water on this megadeal speculation. In yesterday's conference call, for instance, Read noted that the company required clarity on the the U.S. corporate tax reform issue before it could adequately assess potential business development opportunities.

Unfortunately for Pfizer and its shareholders, Republican lawmakers no longer appear capable of pushing through major corporate tax reforms, given the current political environment. Therefore, investors may want to reassess whether or not this top pharma stock is still worth owning right now. Let's dig deeper to find out.

Pfizer's stock is arguably a buy for three clear reasons. Namely, the drugmaker has an attractive forward price-to-earnings ratio of 12 at present; its dividend yield of 3.86% is among the richest within its peer group; and the company has enormous free cash flows that give it the financial flexibility to pursue multiple value-creation strategies simultaneously.

Despite these rather favorable traits, Pfizer's management still felt the need to talk up the deeper value offered by its diverse clinical pipeline during the company's second-quarter conference call. Turning to specifics, management noted that the company's pipeline is on track to produce six to seven line extensions, or new product approvals, with blockbuster potential by 2020. And several of these high-value clinical assets are expected to emerge from the company's rapidly growing oncology unit that already sports the promising trio of anti-cancer medicines Bavencio, Ibrance, and Xtandi.

While Pfizer's pipeline efforts are certainly noteworthy, organic growth simply isn't the company's core area of strength. The drugmaker's bread and butter, so to speak, is business development that results in substantial cost-savings over long periods of time. Pfizer's spend on research and development as a percentage of its prescription drug sales, after all, is noticeably lower than the prevailing average among the 20 largest biopharma companies in the world right now.

The point is that management's emphasis on in-line market opportunities in the earnings call seems to be more of a diversion tactic to shift the narrative away from high-dollar buyouts while the corporate tax reform issue remains unresolved, rather than a viable pillar for near-term value creation.

Is Pfizer stock a buy?

Because of the forthcoming patent expirations for Viagra and top-selling pain drug Lyrica, Pfizer's compound annual growth rate is forecast to muddle along at an anemic 1% over the next five years, according to EvaluatePharma. In other words, Pfizer's pipeline, as presently constructed, doesn't appear to have what it takes to overcome this continued onslaught of patent expirations.

So, if you're looking for compelling growth opportunities in pharma, Pfizer probably isn't going to be a wise choice in the absence of a large-scale acquisition -- even if its pipeline efforts go according to plan. However, this top pharma stock is arguably still worthy of consideration by dividend investors. With the company's free cash flows going strong, Pfizer's above-average yield should be safe for the foreseeable future -- especially if a capital-intensive acquisition is indeed off the table for the time being.