Ubiquiti Networks (NYSE:UI) is an exciting growth company that manufactures wireless data communications and wireless broadband products. The company has a low number of public shares, which means the stock can move significantly after earnings announcements. Here's what investors should focus on, despite the potential stock price moves, when earnings are released on Thursday morning.

Ubiquiti has been aggressively spending on next-generation products and services this year for both of its main platforms -- Airmax (a service provider) and Unifi (enterprise hardware). The company is pricing the new offerings aggressively in hopes of growth and market share gains but at the expense of margins, so it's important that new products are gaining traction.

Let's dive into each segment. 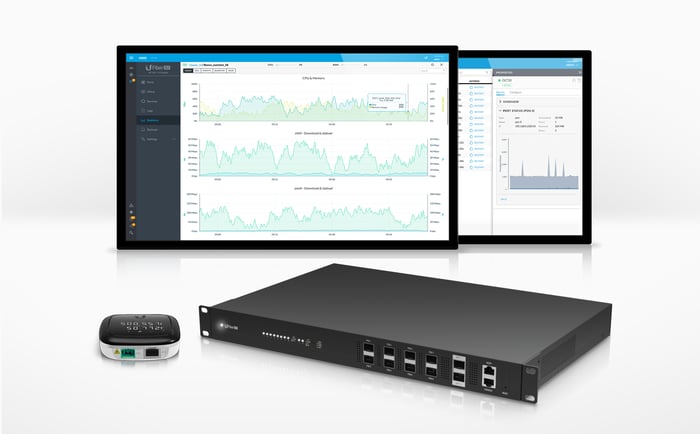 The Airmax segment achieved a breakthrough early this year, as backwards-compatible AC radios finally hit the market so service providers could add to their existing networks, rather than having to completely overhaul them.  Service provider segment revenue has been hard to predict and hasn't grown much in the past few years, so investors should observe if the new radios returned that segment to growth.

More recently, Ubiquiti unveiled more new features and products for service providers, including GPS Synch,  a new fiber product called Ufiber OLT and Ufiber Nano G, and the Ubiquiti Network Management System, a new software that allows service providers to manage all Ubiquiti devices across an entire network. These are very new releases and probably won't affect this quarter's earnings, but investors should watch for any insight or commentary offered by management in the press release or on the conference call.

The Airmax team is also working on a next-generation technology called LTU, which could potentially open up denser urban markets to wireless internet service providers. CEO Robert Pera has been talking about LTU for almost a year, so it would be good to have a better view of when the product may hit the market and what kind of impact it may have.

Ubiquiti's attempt to go upmarket with its Unifi Elite service could result in huge upside, but the offering is also new and unproven. The new strategy of targeting enterprises, as opposed to Unifi's traditional small-businesses customer, was a point of contention on the last earnings call, so progress on Unifi Elite and the associated high-priced hardware is an important data point.

The recent quarter was the first full quarter in which Unifi Elite was available. While I wouldn't expect the company to disclose subscription numbers at this early stage, there should be commentary or questions regarding initial trends. If the company highlights strong traction, it could be very bullish for the company's growth prospects.

The company usually gives guidance on the current quarter, which often affects the stock as much as reported results; last quarter, for instance, Ubiquiti handily beat estimates, but a guide to a sequential decline in earnings per share led to a sell-off.

Pera explained the earnings shortfall was due to lower gross margin from new, lower-volume products, and a one-time research and development milestone payment. On Thursday, investors should keep a lookout for gross margin stability or improvement, and to see whether R&D costs are forecast to return to previous levels. A miss on either of those fronts could cause investors to sell.

Ubiquiti stepped up its buybacks during the March quarter -- usually a bullish sign, as management has historically timed its buybacks very well. However, the company seemed to exhaust its buyback capacity at that time because of the large amount of cash it has trapped overseas.

I don't believe management continued to buy stock in the recent quarter, as it probably replenished its U.S. cash levels. However, if the company announces a buyback reauthorization, it would be a good sign for the second half of 2017.