Shares of cable company Charter Communications Inc. (NASDAQ:CHTR) jumped 16.4% in July, according to data provided by S&P Global Market Intelligence, as it became a hot commodity in merger talks.

Sprint (NYSE:S) is in hot pursuit of Charter Communications, hoping to convince the cable and broadband company to merge with it. Charter has so far rebuffed the idea of buying out the wireless company, but Sprint's controlling shareholder, Softbank CEO Masayoshi Son, is an aggressive acquirer, and may be willing to put a massive bid in for Charter. 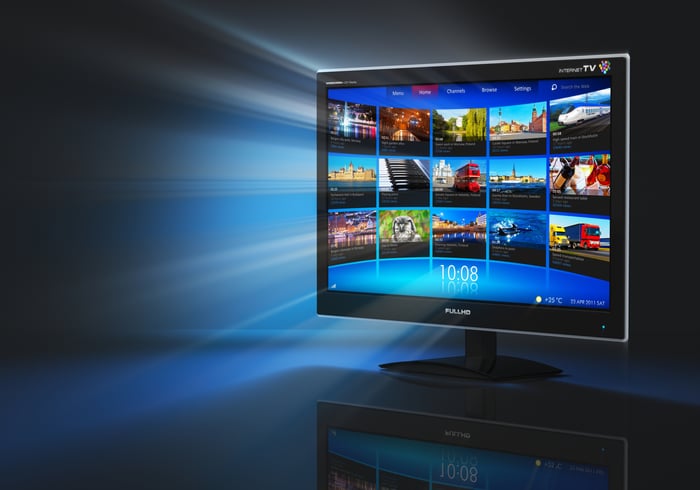 There are a lot of unanswered questions around the possibility of Sprint making its own offer, most notably that Sprint has about a $35 billion market cap while Charter is worth around $118 billion. Financing would be key, especially considering that Charter is carrying about $63.2 billion in debt after acquiring Time Warner Cable.

Charter is a hot target in the mergers and acquisitions market right now -- Verizon (NYSE:VZ) also showed an interest in the company earlier this summer. The wave of consolidation in the telecommunication space is going strong, and Charter's massive base of customers and connections to millions of homes are extremely valuable, especially for mobile companies trying to expand their product offerings. Betting on mergers is risky, but it doesn't seem like rumors around Charter Communications will be going away anytime soon.