Fiscal third-quarter results showed some significant progress in improving the company's earnings performance. These are the numbers investors should know for the quarter. 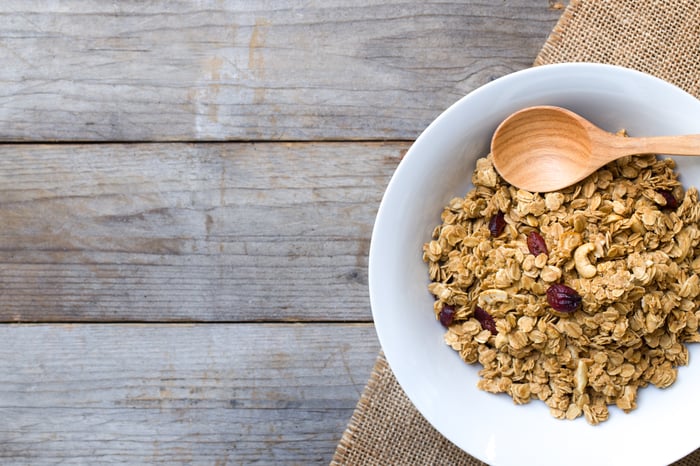 The numbers above look pretty bleak, but they're not really representative of Post Holdings' true performance in the quarter. Here are some important highlights.

What management sees for the future

Management sees a better 2017 than they anticipated, particularly after the Weetabix acquisition. They increased full-year adjusted EBITDA guidance from $920 million to $950 million, which was before Weetabix, to a new range of $875 million to $990 million, including Weetabix.

Capital expenditures are expected to be up about $20 million from previous guidance to $200 million to $220 million, inclusive of Weetabix and the cage free conversion of a Bloomfield, Nebraska facility.

Post Holdings isn't going to be a big growth company, but the improvement on the bottom line is key for investors looking into this food supplier. And as the active nutrition business grows, the company may one day be back to growth.