Under Armour Inc. (NYSE:UA)(NYSE:UAA) reported second-quarter earnings on Aug. 1, surprising investors -- and not in a good way -- with a $12 million loss on sales of $1.09 billion, a 9% increase year over year. After years of steadily delivering big double-digit revenue growth and solid operating and net income increases, a hypercompetitive North American apparel and footwear market, along with huge disruption in traditional bricks-and-mortar retail that has put multiple former Under Armour retailers out of business, the company has run into what has proved to be its most difficult period since the Great Recession.

And while this is certainly causing pain for the company and investors -- shares have fallen 65% since peaking in late 2015 -- the company announced a restructuring plan to "more closely align its financial resources to support the company's efforts to better serve the evolving needs of the changing consumer and customer landscape." 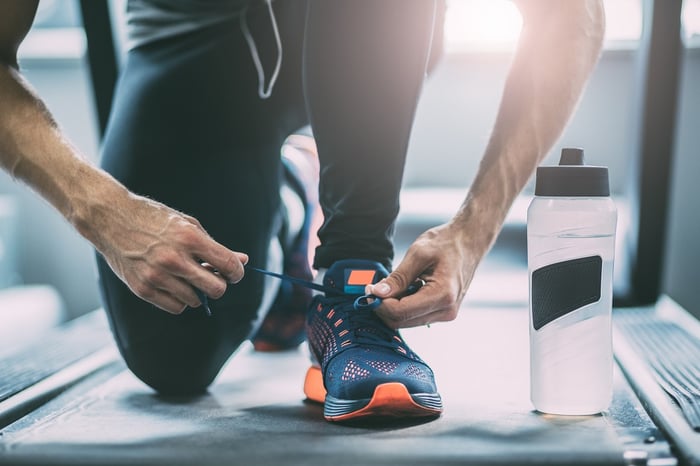 Let's take a closer look at Under Armour's results, as well as the changes management intends to make to better position the company.

Sales were up, but higher expenses, competitive pressure led to losses

Under Armour's sales still grew 9% year over year, yet the company reported a $12 million GAAP loss in the quarter, or $0.03 per share. It also reported a $5 million operating loss.

Two main things were behind the net and operating loss: margin compression and higher operating costs. Selling, general, and administrative expenses increased 40 basis points, or about $45 million, from the year-ago quarter. Year to date, Under Armour's SG&A spend is up almost 120 basis points as a percent of sales, $97 million higher overall.

On the margin side, a combination of competitive pressure driving down selling prices, inventory management, and higher freight costs compressed gross margin 190 basis points to 45.8%.

From a segment basis, apparel sales were up 11% in the quarter and accessory sales increased 22%, while footwear -- which had been an incredibly fast-growing business, declined by 2.4%.

How management is trying to right the ship

Over the past three years, Under Armour's sales have doubled. This incredibly high rate of growth led to aggressively increased spending, both to drive further growth and to support the needs of the business. However, a confluence of multiple events, including the closure of major Under Armour retailers such as Sports Authority and the hypercompetitive North American environment as the retail landscape continues to be disrupted, has caused sales growth to slow in recent quarters, and forced management to re-evaluate how (and how much) it was spending on operations, and how its operations were structured.

And after years of hard and fast sales growth that afforded rapid increases in spending, management is now making some tough decisions about how and where to spend to get the most effective growth and generate the best returns.

First, we've restructured the company around category management, with the goal of streamlining operations to increase speed across all parts of our business. Within this, we are building an integrated global model with shared accountability between regions, categories and corporate functions. Second, we're implementing clear and broad-based SG&A savings initiatives and embedding new practices to encourage stronger stewardship of how, when, and where our investments do or don't align with our growth strategies. And third, building into this stewardship are an elevated focus on return on investment and the cost of capital to safeguard that we are seamlessly linking and matching priorities with financial plans and targets.

The company expects it will cost $110 million to $130 million to complete the restructuring, with about half of that total in cash and the rest in asset impairments and charges, the bulk of which will happen in the third quarter.

Management was very cautious about the near-term impact of restructuring, as well as competitive pressures the company is taking some time to respond to, including making sure it has the right products to compete.

Bottom line: Under Armour's accelerated spending in the past was supported by very fast sales growth. With that growth rate moderated significantly, the company is being forced to rationalize its spending, in order to attain better returns on that spending, and to also live within the means of its cash flows and balance sheet.

Can Plank and company find the right balance to reignite profitable growth again? Only time will tell, but they have taken a big step toward finding out, with a plan to bring costs down while still investing in long-term growth.