Zygna's  (NASDAQ:ZNGA) recently reported second-quarter earnings suggest that its turnaround effort is finding success, with the company delivering its first profitable quarter since Q4 2012 and some promising developments for its mobile business. Revenue came in 15% higher year over year, while net income was up $9.5 million over the prior-year period -- and both sales and earnings came in ahead of targets. Here's how Zynga's second-quarter performance stacked up compared to the company's guidance:

Read on for a deeper look at Zynga's second quarter and five of the most important takeaways from the company's August 2 earnings call, with quotes courtesy of S&P Global Market Intelligence. 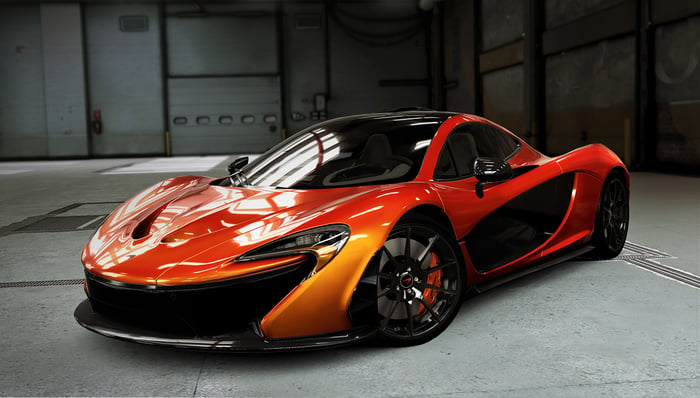 Zynga's CSR Racing 2 was a performance-driver in the second quarter; Image source: Zynga.

The mobile transition is proceeding well

Zynga used to derive the large majority of its sales from games played on web-browser portals like Facebook, however this model collapsed as casual video games transitioned to mobile apps and Facebook instituted policy changes that hurt Zynga's offerings. Revenues are down roughly 40% from five years ago, but Zynga has been making progress on building up its mobile business and the second quarter delivered best-ever results in the category. Here's CEO Frank Gibeau on the company's improving daily active users (DAU) stats, payer conversion, and other key metrics on mobile:

While in-game purchases from the company's mobile games saw a record quarter, revenues from in-game advertising were down 1% year over year (even following the acquisition of Harpan's ad-based solitaire games) due to a 15% sales decline for Words With Friends. Daily active users on the company's web-based games were down 32% year over year, but declines in these areas were more than offset by mobile-purchase gains.

Zynga has a new "forever franchise"

Zynga is focused on creating and maintaining games that have long-term staying power -- what it calls "forever franchises." When a game can be sustained for years through cost-efficient updates, it opens up hugely profitable revenue streams, and the company appears to have a new franchise it can count on.

The first CSR Racing released in 2012 and was followed by a sequel that released in June 2016. Following a strong performance for CSR Racing 2 last quarter, Zynga is confident that it has a new forever franchise on its hands. Here's Frank Gibeau on the game's performance:

CSR had a standout quarter as one of our top-performing live services. The game showed strong results in Q2, up 14% in mobile revenue and up 18% in mobile bookings sequentially. CSR2 also achieved impressive gains and audience with average mobile DAUs up 9% this quarter. CSR2's strong performance was due to the steady cadence of exclusive events and bold beats featuring world-class partners such as Lamborghini and Universal's Fast & Furious. The game has maintained its position as the number one top-grossing racing game in the U.S. App Store and has more than 1.1 million five-star player reviews in the App Store and Google Play combined, a testament to its high-quality player experience.

Gibeau later added that CSR 2, along with Zynga Poker, was one of the the biggest momentum drivers for the company's second-quarter user growth and that new features for the title will launch later this year.

Efforts to trim costs and boost productivity are at the center of Zynga's comeback strategy under Gibeau, and the company is working on ways to improve efficiency outside of simply maximizing sales from its existing catalog of games.

Turning to operational efficiency, we've seen a marked improvement year-over-year in profitability, cash flow, revenue and bookings as we continue to sharpen our operating model. In Q2, GAAP operating expenses were 67% of revenue, down from 73% a year ago. Non-GAAP operating expenses were 58% of bookings, down from 68% a year ago. We improved efficiency in R&D by implementing a more effective greenlight process, reducing headcount, driving down the use of outside services and shifting resources to lower-cost geographies.

In addition to these initiatives, the company will also begin to generate revenue from some of its real estate holdings. Zynga has been steadily trimming its workforce since 2012, which has freed up space at its San Francisco headquarters.

The company has entered into a 9-year deal with Airbnb to lease 287,000 square feet in its HQ building's east tower. The lease will begin in the first quarter of 2018, and Gibeau stated that the company plans to pursue additional leasing deals as it reduces its footprint within the building.

Zynga was developing a new installment in the Mafia Wars series for mobile, but ultimately cancelled the project when it saw disappointing results from the game's test audience. Here's Gibeau on the decision not to move forward with the game:

So after a period of soft launch, we came to the conclusion that Mafia Wars was not going to be in a position where it was going to be able to compete with some very intense competition in that 4X MMO category. And the capital investment required from a marketing standpoint, from a long-term development standpoint was going to be such that we looked at the rest of the portfolio and we saw the opportunity for those folks that are on the team as well as those dollars to generate more leverage in other parts of Zynga.

While news of the cancellation is disappointing, Zynga says that it has adapted at least three or four technologies from the shuttered game for use in other titles.

Augmented reality (AR) has already broken into the mainstream with hit products including Nintendo's Pokemon Go and video filters on platforms owned by Facebook and Snap, and it looks like Zynga might have some big opportunities with the emerging technology. Gibeau stated that there could soon be some exciting announcements from hardware companies in the space and made clear that Zynga is exploring opportunities in AR:

We are absolutely watching those developments and thinking of ways to make sure that they can integrate in our games. The trick is to make sure that they're not gimmicks, that they actually have creative integrity and they lead to engagement. And so I think we need to really understand how that's going to work before you can understand how the monetization might happen. Obviously, AR in advertising and in other types of applications creates monetization opportunities that would being new and interesting to gaming.

With the challenging competitive landscape for in-game mobile advertising already weighing on Zynga's ad business, finding ways to benefit from new formats like AR could be a source of significant momentum, and it's encouraging to hear that the company is working on a strategies for a technology that looks to have serious breakout potential.