It was a good week for Glu Mobile (NASDAQ:GLUU) shareholders. The publisher of mobile games saw its shares move 11.7% higher after posting its latest quarter's results and boosting its full-year guidance. The encouraging report sent the shares to a fresh 52-week high, pushing the stock north of $3 for the first time since April of last year.

Revenue soared 42% to $68.7 million, fueled largely by the success of the Design Home app that it acquired as part of its $45.5 million deal for Crowdstar late last year. It's Glu Mobile's strongest top-line results in more than two years. After six straight quarters of year-over-year revenue declines Glu has now checked in with back-to-back quarters of growth.

Red ink continues to flow at Glu Mobile. The app developer is checking in with a deficit of $0.17 a share, its seventh consecutive quarterly net loss. The biggest culprit on that end of the income statement was sales and marketing costs nearly tripling over the past year. However, the hearty top-line surge on even stronger bookings growth and a more optimistic outlook was all that investors needed to bid the stock to its highest level in more than a year. 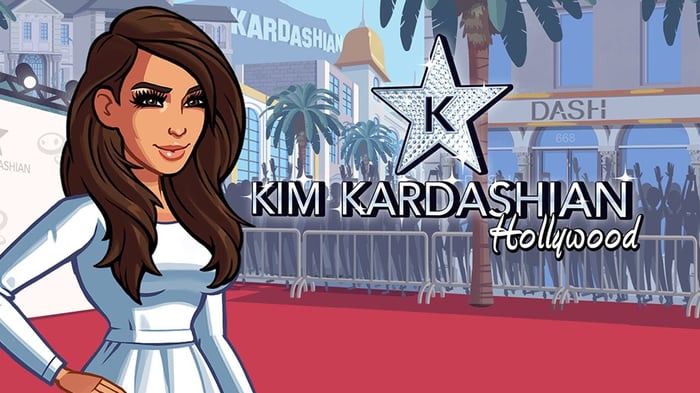 Bookings soared 62% to $82.5 million, blowing through the range of $71 million to $73 million that it was targeting back in May. We saw a similar scenario play out three months ago, when bookings of $69 million trounced Glu's guidance calling for $52 million to $55 million.

The success of Design Home -- which briefly cracked the Top 20 list of highest-grossing U.S. iPhone games -- is making the deal for Crowdstar seem like the mother of all bargains. Glu's initial attraction to the Crowdstar was Covet: Fashion, a fashioncentric dress-up game that seemed like a good fit for a company whose biggest hit was the Kim Kardashian: Hollywood celebrity simulator that peaked for Glu a couple of years ago. The Design Home game that basically gave Covet: Fashion a home designer spin was still in beta. However, both Crowdstar games were enough to account for 38% of Glu Mobile's bookings during the first quarter of this year. Design Home is still holding up well enough for Glu to juice up its full-year outlook, despite initiating third-quarter guidance where its $78 million to $80 million in bookings would represent a slight sequential downtick.

The company has been investing in initiatives to extend the shelf life of its games, a tall order in a world where fickle smartphone owners go from game to game fairly quickly. However, you don't bet against a company when it's dramatically jacking up its guidance. Glu will continue to have its ups and downs, but right now it's earning the ascent.