Toyota Motor Corporation (NYSE:TM) said on Aug. 4 that it earned 574.29 billion yen ($5.18 billion) in operating profit in the quarter that ended on June 30.

That was down 11% from its operating result a year ago. But it was higher than expected, leading Toyota to raise its full-year profit forecast. Analysts polled by Thomson Reuters had expected Toyota's operating profit to come in at 538.3 billion yen.

Like many Japanese companies, Toyota's fiscal year begins on April 1. The quarter that ended on June 30, 2017, was the first quarter of Toyota's 2018 fiscal year.

All financial results are shown in billions of yen. Vehicle sales are rounded to the nearest thousand. 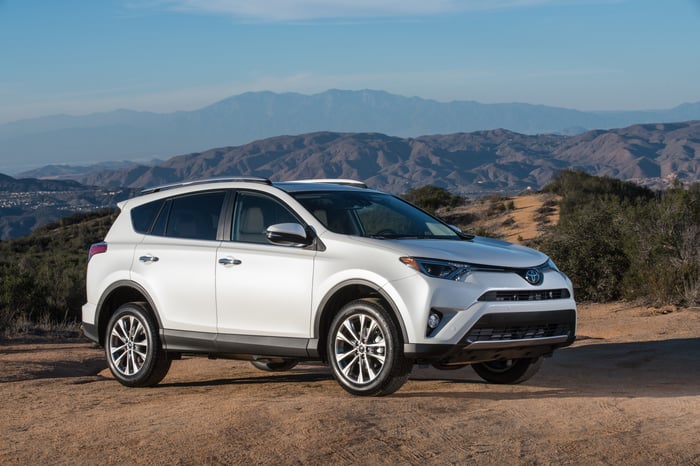 How Toyota's business units performed during the quarter

Toyota reports separate operating results for each of its regional business units as well as its captive-financing arm. Here's how each performed. 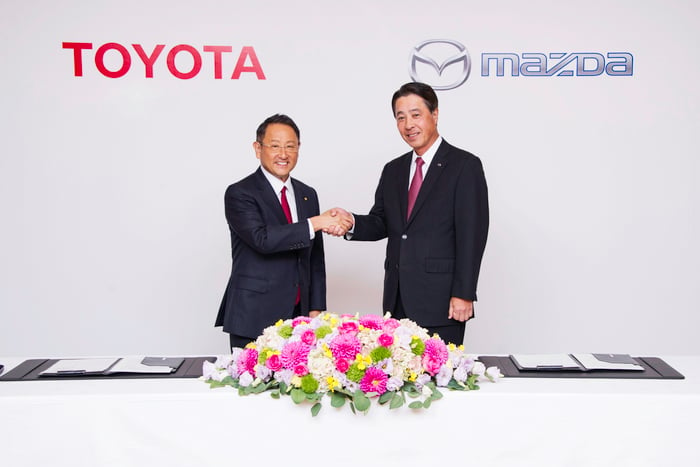 Toyota's president, Akio Toyoda, and Mazda president and CEO Masamichi Kogai at the announcement of a deal between the two companies on Aug. 4. Image source: Toyota.

About that deal with Mazda

Here are the key parts of the Toyota-Mazda tie-up that was announced on Aug. 4:

As part of the deal, Toyota will acquire a roughly 5% stake in its smaller rival. That transaction will close in October.

Toyota boosted its expectations for revenue, operating income, and net income in the fiscal year that will end on March 31, in large part because it now expects the yen to weaken (versus the U.S. dollar and euro) more than it had previously expected.