Earnings season is under way, and biotech business appears to be booming. But it takes more than just a good quarter to know if a biotech is poised for sustainable, long-term growth. With many companies issuing conservative profit forecasts at the start of the year, second-quarter earnings are providing a clearer picture of the road ahead.

Let's dive into three notable biotechs that recently beat expectations and raised profit guidance for 2017. A close look at their earnings will determine if there's better -- or worse -- to come. 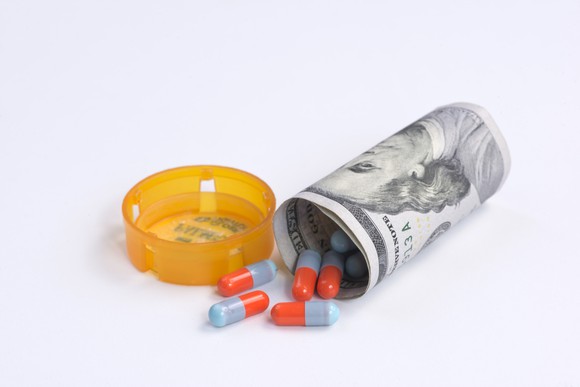 Despite a contentious battle toward approval of its first drug, lingering doubts about efficacy, and fights to gain coverage from payers, Sarepta Therapeutics (NASDAQ:SRPT) continues to defy the odds.

Revenue spiked to $35 million in the second quarter, crushing analyst estimates of $22 million thanks to Exondys 51, the only approved drug for a genetic disease called Duchenne muscular dystrophy (DMD). A huge jump in new patient starts led management to raise 2017 profit guidance to a range of $125 million to $130 million for 2017, up from $95 million.

Sarepta recently settled a patent dispute with BioMarin Pharmaceutical, agreeing to pay a one-time $35 million upfront fee plus royalty and milestone payments on its exon-skipping platform. By settling the suit, Sarepta is now able to expand the global reach of Exondys 51 under a new managed access program, through which the addressable market is much larger than in the United States. This was a smart move that should allow management to drive top-line growth, remove some uncertainty, and free strategic development of its pipeline.

In all, Sarepta has tremendous upside. But investors should be mindful of the post-marketing requirements for Exondys 51. As a stipulation of approval, which came following arguably limited data, a well-controlled study is required to solidify Exondys' 51 clinical benefit. Failing to show effectiveness could lead the drug to get pulled from the market. Assuming the drug passes muster, analysts say annual sales could top $1 billion, making this $2.3 billion market cap company ripe for M&A action.

Looking ahead, Sarepta is aiming for seven potential new DMD drugs in the clinic by 2019 that could treat 75% to 80% of all DMD patients. So I wouldn't underestimate Sarepta's ability to play the long game. It could be a rocky road with so much leaning on its RNA-based platform, but the company has proved its toughest critics wrong before and is well poised to do it again.

Sarepta isn't the only biotech captivating investors with impressive launches.

Biotech juggernaut Biogen (NASDAQ:BIIB) netted second-quarter revenue of $3.08 billion, or $4.07 a share, a 6% increase over last year and crushing analyst estimates of $2.81 billion. Higher costs drove earnings to $863 million, down from $1.05 billion the year prior. However, Biogen boosted profit forecasts for the year to a range of $11.5 million to $11.8 million, up from a range of $11.1 million to $11.4 billion.

Biogen's beat was largely due to the strong launch of Spinraza, a drug for spinal muscular atrophy (SMA). But the rapid uptake of Spinraza could begin to wane. Spinraza has already treated two-thirds of Americans with SMA, and many of those still untreated have had prior spinal surgeries, making administration of Spinraza challenging.

The company's core multiple sclerosis (MS) franchise also faces uncertainty. Growth in the second quarter was only 5%, led primarily by a 13% jump in sales for oral pill Tecfidera. Remaining the market leader in MS is becoming more challenging as rivals and new entrants eat away at market share. Roche recently launched Ocrevus, the only approved therapy for MS patients with primary progressive multiple sclerosis, one of the more disabling forms of MS. Also, Ocrevus is administered once every six months, a huge differentiating factor for patients who value convenience.

Given the challenges ahead, management laid out a $400 million restructuring plan to reduce costs while returning the company back to its neuroscience roots, hopefully with M&A deals. But what we didn't get from earnings is a clear, long-term path to growth. Until then, expect this stock to remain volatile as investor uncertainty looms.

Despite the earnings beat, the decline in hepatitis C virus (HCV) drug sales put a damper on meaningful top-line growth. Total product sales were up only 6% year over year -- mostly because HIV treatment sales rose 16% to $3.6 billion -- and competition is only expected to heat up.

The HCV franchise, which includes blockbuster cures Harvoni and Sovaldi, brought in $2.9 billion, down 28% year over year but not down as sharply as anticipated because of cure rates. While it does appear that HCV sales are stabilizing, I don't anticipate HCV growth rates to rise anytime soon. Pressure on the HCV franchise will also increase from AbbVie, which just received marketing approval for its eight-week HCV treatment for all patient subtypes -- four weeks shorter than Gilead's newest HCV combo, Vosevi. Add a dwindling patient population to tight competition, and you've got a perfect storm for shrinking revenue.

Uncertainty remains for Gilead. The company is still need of meaningful, long-term top-line growth drivers. Current products and late-stage clinical candidates won't offset continued declines from HCV in the near term. In the company's earnings call, management reaffirmed (again) the commitment to pursue strategic deals. Until this happens, though, I expect short-term gains to be short-lived memories.

Overall, the second quarter was a much-needed sigh of relief for biotech investors. Stability and optimism are returning, and fears are beginning to subside. If the second quarter is any indicator of what lies ahead, now be a good time to stock up on biotech.