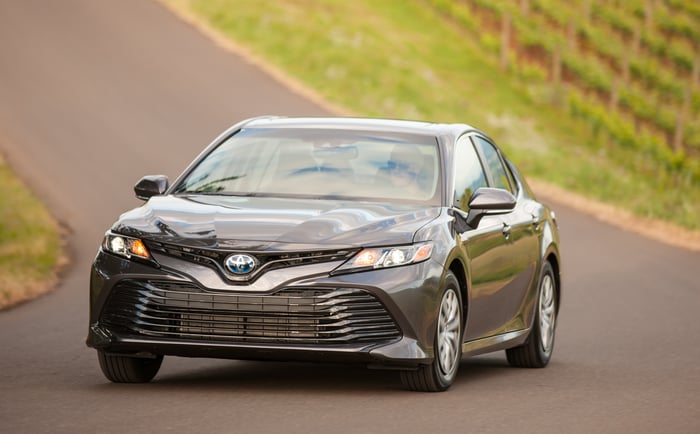 When it comes to the things that sell cars, fuel efficiency isn't as compelling of a selling point as it was a few years ago. With gas prices still around $2 a gallon in most of the U.S., many new-car shoppers have placed other priorities -- like roominess or performance -- higher on their comparison lists.

But there are still buyers who want a seriously fuel-efficient vehicle, whether because of environmental concerns or simply because it's cheaper to run. And for the automakers, it's important to keep some fuel-efficient options around -- not only to cater to those buyers, but also in case gas prices take off once again.

So, for those looking at family-sized sedans (midsize or above), what are the best bets for fuel efficiency? Here are the eight 2017 model-year choices that all managed an EPA combined fuel-economy rating of 40 miles per gallon or better. 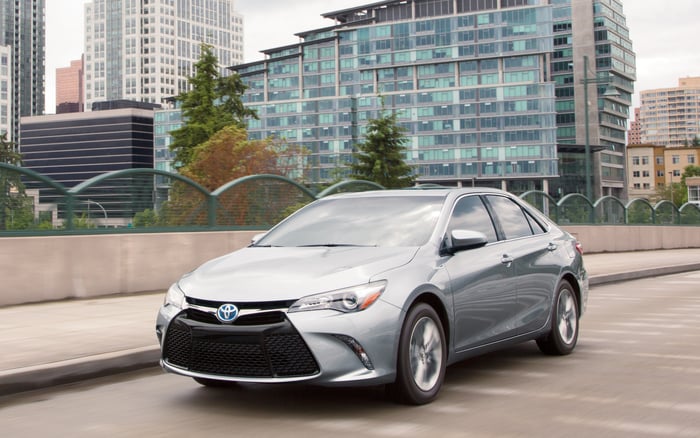 In hybrid trim, America's best-selling midsize sedan is also one of the most fuel-efficient. The 2017 edition of Toyota's (NYSE:TM) Camry Hybrid gets an EPA-estimated 40 miles per gallon on the combined cycle (which combines city and highway driving).

The 2017 Camry Hybrid starts at $27,800. But take note, fuel-conscious shoppers: An all-new version of the Camry is on its way for 2018, and the 2018 Camry Hybrid manages an EPA combined rating of 52 miles per gallon in its most fuel-efficient trim. 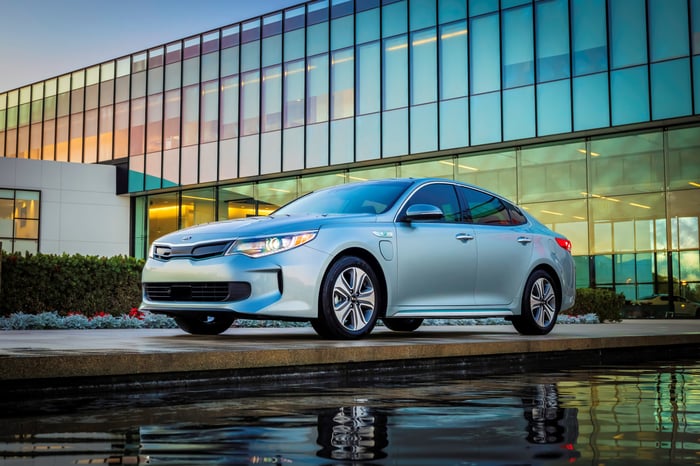 Kia Motors' (NASDAQOTH: KIMTF) Optima Plug-in Hybrid was redesigned for the 2017 model year. It gets 40 miles per gallon combined, and it's a plug-in: It also gets 29 miles of electric-only range on a full charge.

The Optima Plug-in Hybrid starts at $35,210. It's not the cheapest car in our comparison, but it comes very well equipped at that price. 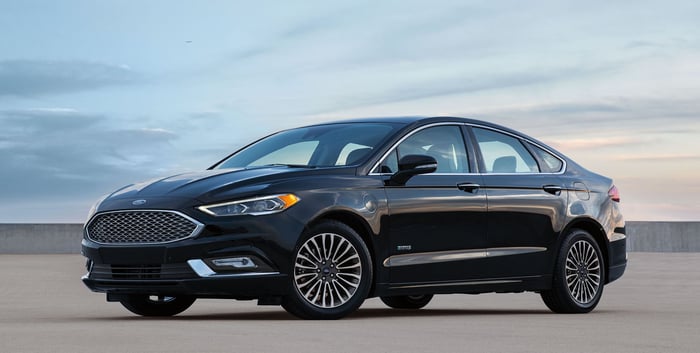 Ford Motor Company's (NYSE:F) Fusion sedan lineup got a revamp for 2017, with a restyled grille and some new interior features. The Fusion Hybrid gets 42 miles per gallon combined; its plug-in sibling, the Fusion Energi, has the same 42-miles-per-gallon combined rating along with an electric-only range of 21 miles on a full charge. 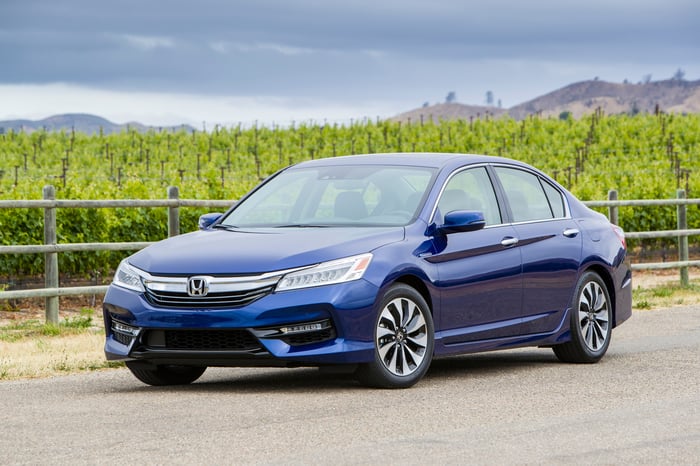 Honda Motor (NYSE:HMC) went two years without offering a hybrid version of its mainstay Accord sedan in the U.S. But the Accord Hybrid returned for 2017, with an impressive fuel-economy number: 48 miles per gallon combined. 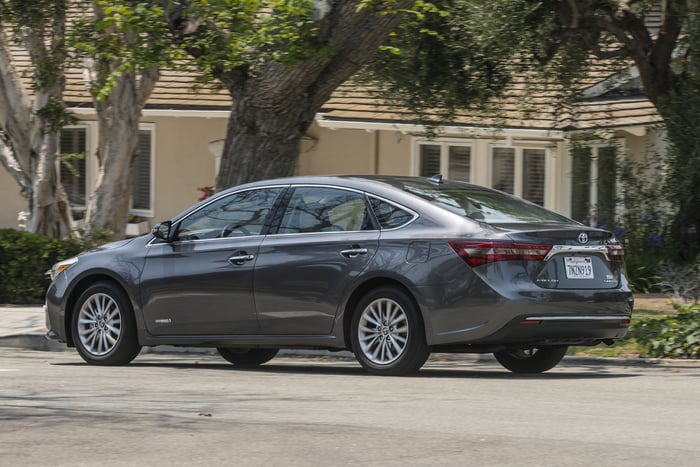 Need something a little bigger, but don't want to give up great fuel economy? Toyota's full-size Avalon Hybrid might be the sedan you're seeking. The big Toyota gets a combined 40 miles per gallon in hybrid trim, and comes with a full suite of high-tech safety and entertainment features. 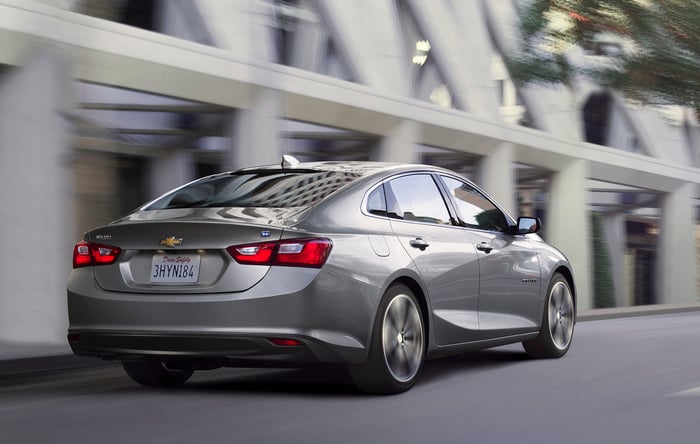 General Motors' (NYSE:GM) Chevrolet Malibu used to be an also-ran among sedans, but not anymore. The Malibu was completely redesigned for 2016, and the latest edition is a smooth-riding star with a surprisingly roomy interior. The Malibu Hybrid's drivetrain draws on the technology developed for the latest Chevy Volt, and it shows: It gets a strong combined fuel-economy rating of 46 miles per gallon.

The Malibu Hybrid starts at $27,975 with a nice list of features. 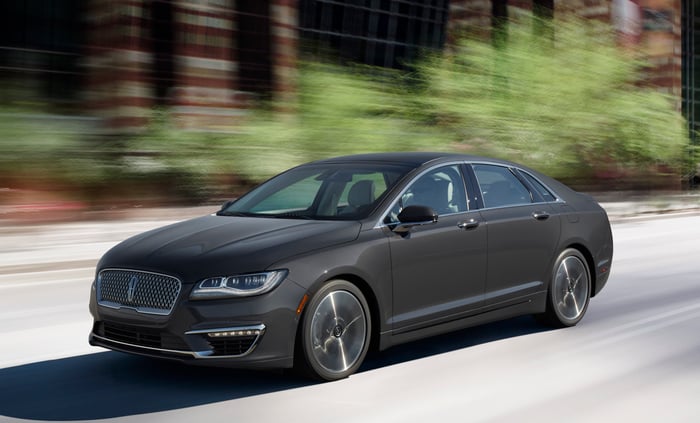 Want something a little more upscale? The Lincoln MKZ is mechanically related to the Ford Fusion, but it brings its own artfully styled look and a higher level of luxury to the table, along with still-strong fuel economy in Hybrid trim: The MKZ Hybrid gets 40 miles per gallon combined. 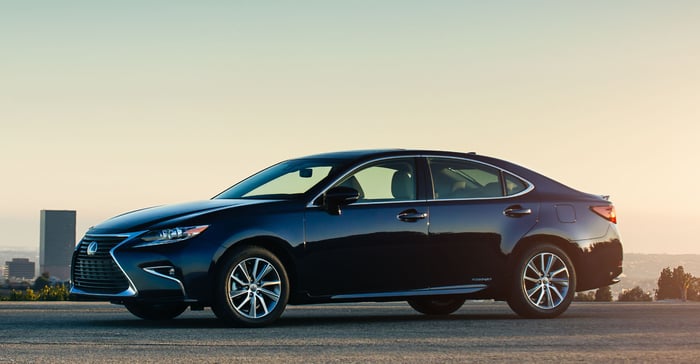 Like the Lincoln MKZ, the well-regarded Lexus ES is a premium sedan that's mechanically related to a mainstream model, the Toyota Avalon in this case. As you've probably guessed, the "h" in its name is for hybrid, and you'll see it at the pump: This ES gets 40 miles per gallon combined.

The ES 300h starts at $41,820. That's the highest price in our comparison, but this is a well-regarded luxury model that comes with a long list of standard features.