2017 has not been kind to investors in Target (NYSE:TGT). Even counting a small surge after reporting Q2 earnings on Wednesday, Target stock is still down 22% since the year began. Clearly, investors aren't optimistic about the company's chances of competing with Amazon.com (NASDAQ:AMZN) as the latter continues to disrupt the retail industry -- and moves into brick-and-mortar retailing.

Make that some investors. As it turns out, up on Wall Street some other investors are starting to warm up to Target stock. Here are three things you need to know about that. 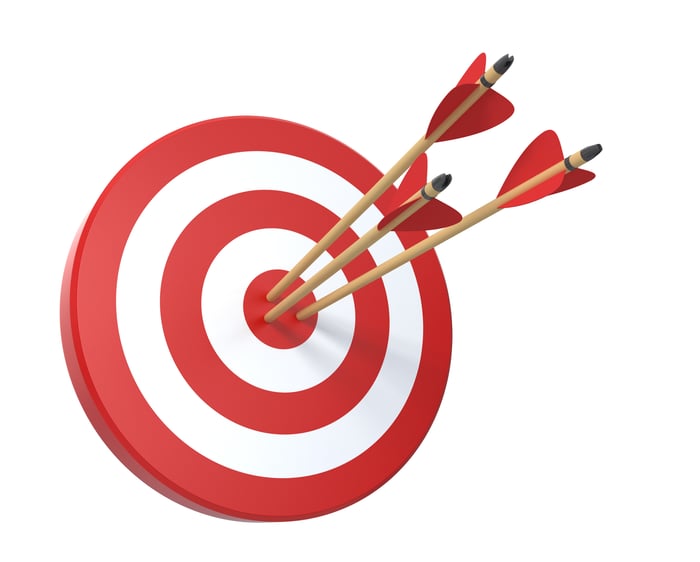 1. What Target said about earnings

The company's free cash flow likewise surged. Despite nearly doubling its spending on property and equipment upgrades, Target generated $1.7 billion in cash profits in Q2, which was more than twice the $804 million in free cash flow generated in Q2 of last year.

Over the past 12 months, therefore, Target has now racked up nearly $2.8 billion in net income -- and $4.8 billion in free cash flow.

2. What Target said about business

The fact that Target was able to generate so much cash even as it was spending heavily to revamp its business to better compete with Amazon is nothing short of astounding. Target is spending heavily to "expand Target's delivery capabilities ... [and] accelerate Target's investments and ongoing efforts to transform its supply chain." It's boosting its ability to offer same-day delivery from physical stores to customer doorsteps to better compete with Prime two-day shipping and Amazon's own same-day shipping options -- and the results are already showing up in the form of sales growth and guidance.

Next quarter and in Q4 as well, Target is now predicting that same-store sales will hold steady, and may even increase, versus a Wall Street expectation that comps will decline 0.8%. Earnings guidance is also heading up, with Target now predicting it will end this year earning between $4.35 and $4.55 per diluted share from its continuing operations -- raising the floor on its previous guidance by $0.55, and the ceiling by $0.35.

3. What Wall Street said about that

Target, says MKM, is "looking like a better competitor to Amazon" with new services such as Target Restock (next-day delivery for a $4.99 fee) and the offering of curbside delivery at Target stores. MKM particularly likes how Target is introducing small-footprint stores to boost sales, and notes that these stores in particular are delivering same-store sales growth "more than 2x the company average." The analyst predicts Target's ability to better compete with the e-tail giant "will become increasingly clear over the next several quarters as investments gain traction."

Bonus thing: What it means to investors

Time will tell if that's correct. For the time being, despite the upgrades of the past two days, most of Wall Street is still reserving judgment -- and predicting zero to negative earnings growth for Target over the next five years.

Negative earnings growth plays havoc with value investors trying to hang a valuation on stocks with a PEG ratio. But with Target stock now selling for less than 13 times the midpoint of likely earnings for this year, and for a mere 6.5 times trailing free cash flow (with a 4.4% dividend yield, let's not forget), it won't take much of a growth rate to justify these kinds of prices.