In a previous article, I laid out the bear case against Altria Group (NYSE:MO). Today, let's take a look at some ways the tobacco titan's stock could trend higher in the coming years.

As the number of people who smoke continues to decline, the tobacco industry has turned its focus toward new products that are believed to have fewer health risks. One such product that shows particular promise is Philip Morris International's (NYSE:PM) iQOS system.

The iQOS is an electric device that heats -- but does not burn -- a new type of cigarette called a Marlboro HeatStick. Instead of smoke, it produces a nicotine-containing vapor. Philip Morris says that this vapor is less dangerous than traditional cigarette smoke, and that the iQOS creates a more enjoyable experience for smokers than existing e-cigarettes. 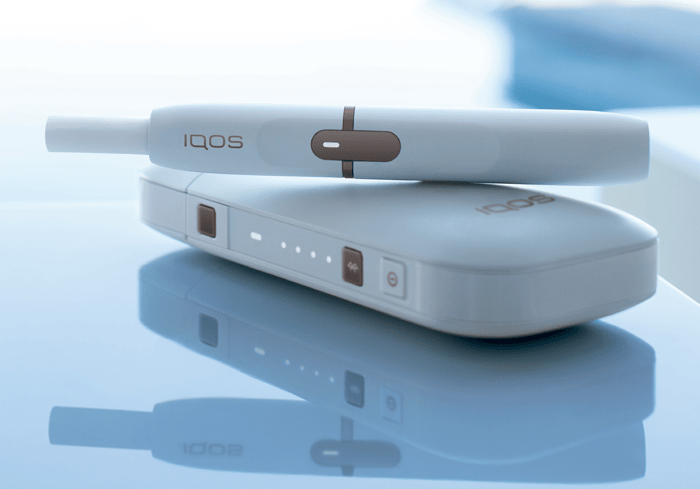 Altria already has a deal in place with Philip Morris that gives it exclusive distribution rights to the iQOS in the U.S. Altria hopes Philip Morris can get approval for iQOS from the U.S. Food and Drug Administration sometime in the next year or so, at which time Altria will begin marketing the product in the United States.

I should note, though, that if reduced-risk products like iQOS catch on in the U.S., shipments of traditional smokable cigarettes are likely to drop precipitously. In fact, when Philip Morris launched iQOS in Japan last April, the product quickly cannibalized about a third of its own cigarette portfolio in the country. Fortunately for Philip Morris, many of the smokers who switched to iQOS came from its cheaper brands, thereby boosting the company's overall revenue. Moreover, if iQOS earns a modified risk tobacco product designation from the FDA, it could rapidly take market share from rival products that cannot make such a claim.

Philip Morris plans to make iQOS available in more than 30 countries by the end of 2017. The U.S. could follow soon after -- if iQOS receives FDA approval -- thereby providing Altria with an important new product line and a potentially significant revenue growth driver.

Recent consolidation in the U.S. tobacco industry may make Altria's days as an independent entity numbered. While Altria remains the market share leader, its No. 2 and No. 3 rivals combined when Reynolds American (NYSE:RAI) acquired Lorillard in 2015. Reynolds American then agreed to be acquired by international giant British American Tobacco (NYSE:BTI) earlier this year in a deal that will form the world's largest publicly traded tobacco company.

Ever since British American and Reynolds American agreed to merge, rumors have swirled that Philip Morris and Altria would recombine in order to match their rival's newfound global scale. In fact, Wells Fargo analyst Bonnie Herzog places the odds of a deal at 70%.

For this to occur, Philip Morris, as the larger company, would likely acquire Altria. The buyout price would need to include a significant premium to Altria's current stock price in order to entice investors to approve the deal. An offer in the $77 to $80 range could be well received by shareholders and would give investors who buy Altria's shares today gains of roughly 20% to 25%. Of course, a deal might not take place, and speculating on acquisitions can be a dangerous investment strategy. So, Fools who decide to invest in Altria should do so only if they're comfortable owning the company in its current form.