This has been a long time coming, but Fitbit (NYSE:FIT) has finally unveiled its new smartwatch, the Ionic. Many of the details surrounding the device were already largely known, thanks to leaks, comments from management, and a string of acquisitions. Given Fitbit's roots, the Ionic naturally emphasizes fitness tracking and related use cases. 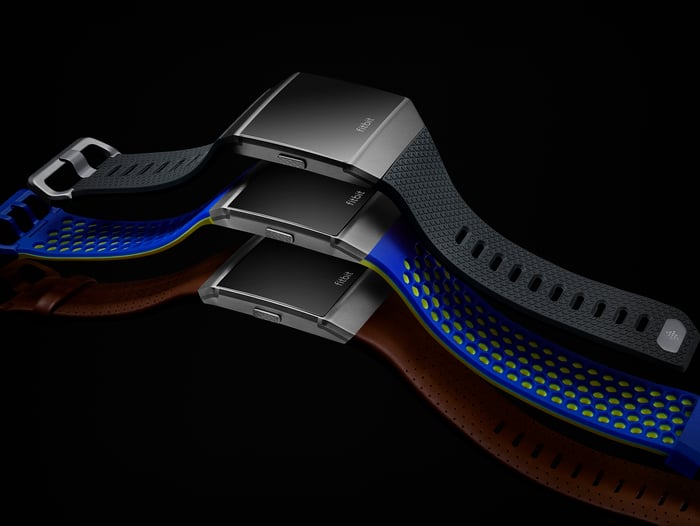 It's a good start

The main distinction in creating a real smartwatch is that the company's creating a platform for third-party apps on its new smartwatch operating system, Fitbit OS. Fitbit has been upfront that it will start off with a modest "gallery" instead of a store. To kick things off, there will be four third-party apps: Pandora, Starbucks, Strava, and AccuWeather. More apps will follow as developers get on the platform. 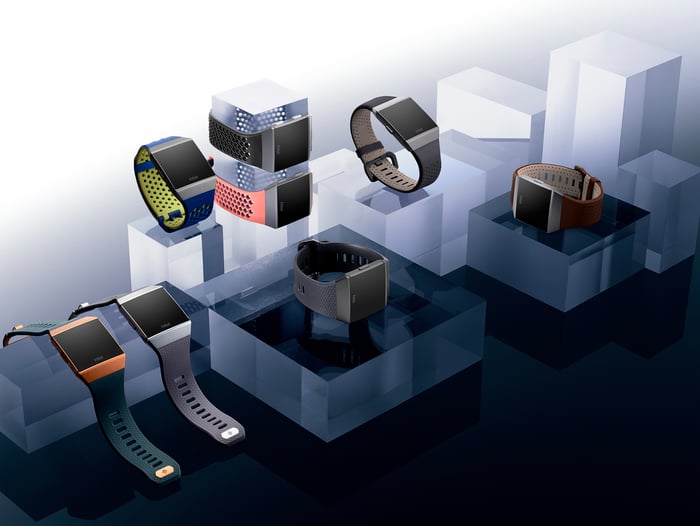 There will be a range of configurations. Image source: Fitbit.

Ionic is on "presale" now for $300, and will begin shipping in October 2017, in line with Fitbit's guidance that "the vast majority of our revenue in Q3" would come from legacy products. The device comes in three colors and a handful of accessories like bands will be available, ranging from $30 to $60.

Can Fitbit pull off a turnaround with Ionic?

The Ionic is an ambitious and necessary move for Fitbit, as demand is clearly waning for stand-alone fitness trackers, at least in the U.S. The product category is still growing in China, where Xiaomi has been enjoying success with low-cost fitness trackers, but Fitbit doesn't really play in the Chinese market. Fitbit sales in its core U.S. segment fell 55% last quarter, with total unit volumes down 40% year over year.

At $300, the Ionic will be Fitbit's most expensive product. The company's current fitness watch, Blaze (which is not technically a smartwatch), costs $200. Fitbit has an opportunity to move upmarket with that price tag, compared to its average selling price (ASP) of $100.76 last quarter. However, the company may have trouble justifying that price tag compared to Apple Watch, which starts at $269 for Series 1 models. The Mac maker is expected to unveil a third-generation Apple Watch next month, so its lineup and price points will likely change in a matter of weeks.

Shares have jumped on the news, as investors seem optimistic that Fitbit's new products can provide a foundation for a turnaround ahead of the all-important holiday shopping season.