Both General Electric (NYSE:GE) and United Technologies (NYSE:RTX) have invested billions of dollars in developing next-generation jet engines that they hope will be game-changers.

And the game is indeed changing: GE is winning it. The company's LEAP engine is absolutely destroying United Technologies subsidiary Pratt & Whitney's geared turbofan in the marketplace. Here's what investors need to know. 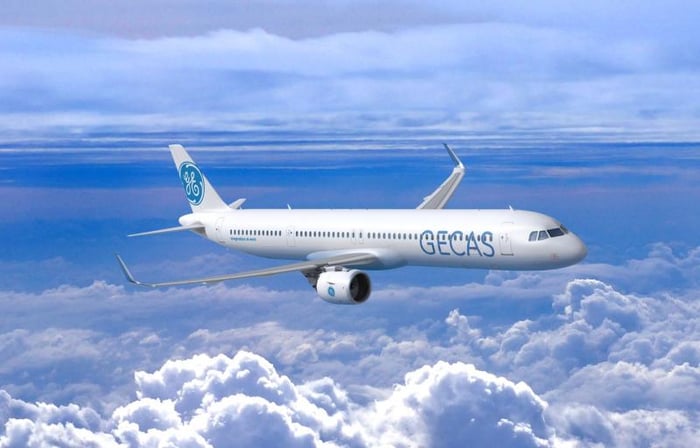 Turbines are nothing new: They've been around since ancient Rome. But over the centuries, the challenge has been to make turbines (and turbine engines) more efficient. When it comes to jet engines, which need to hold an entire plane aloft, strength and efficiency become even more important: Even small efficiency improvements can save millions of dollars in costs for the operator over the life of a plane.

GE has been innovating jet engines since 1917. Its latest advance utilizes a technology borrowed from its power turbines and developed through CFM International, its joint venture with French aviation company Safran Aircraft Engines.  The "LEAP" ("Leading Edge Aviation Propulsion") turbine is built with carbon fiber blades as opposed to metal ones, creating an engine that is lighter but every bit as durable.

Pratt & Whitney's latest entry in the innovation game is the PurePower PW1000G Geared Turbofan engine, which it says "has demonstrated significant reduction in fuel burn and noise levels with lower environmental emissions and operating costs." Unfortunately, it also has posed significant problems for the engine maker.

When Pratt & Whitney rolled out its geared turbofan engine in January 2016, it made no secret of the fact that it was intended to compete with the LEAP engine. Sure enough, Airbus (OTC:EADSY) designated both engines as options to power its hot A320neo aircraft. Other customers like Bombardier and Mitsubishi also signed on, designating the Geared Turbofan for their own aircraft models. And then the problems began.

One major issue appears to be that the engine's aluminum-titanium fan blades are complicated to manufacture. United Technologies CEO Gregory Hayes mentioned in a presentation last year that the blades were taking about two months to manufacture instead of one. That may be why, by October 2016, Pratt had cut promised engine deliveries for the year by 25%.

But even the engines that have been delivered have encountered some issues. In a March 2017 presentation, Rick Deurloo, Pratt & Whitney's vice president of sales and marketing for commercial engines, cited durability deficiencies involving combustor liners and oil seals in some engines installed on A320neos. On Airbus's first-quarter earnings call, CFO Harald Wilhelm referenced "a number of in-service issues," and said the engine's demonstrated performance was currently "not satisfactory."

Those aren't the words you want to hear from your engine's biggest customer.

Heading for the exits

All this turmoil has allowed CFM -- and by extension GE -- to scoop up customers left and right. In October 2016, the LEAP was barely edging out the Geared Turbofan in A320neo installations. Customers had selected the LEAP for 1,706 planes and the Geared Turbofan for 1,431, with 1,661 still up for grabs, according to data from the Flight Ascend Consultancy, cited by Bloomberg.

In other words, so far this year, GE has beaten United Technologies by a ratio of more than 8 to 1.

About 29% of customers who have A320neos on order haven't selected an engine option yet. That amounts to 1,523 planes, many of which are part of a multiyear backlog. If Pratt can demonstrably solve the problems with its Geared Turbofan, it will have a good shot at picking up a lot of those orders. Indeed, Deurloo announced in March that the company was opening two new assembly plants this year that would allow Pratt to triple production of the Geared Turbofan's blades.

Pratt & Whitney may still be able to salvage the situation, but customers' patience isn't infinite. Qatar Airways has already publicly announced it will exclusively buy planes with GE engines. With Airbus now making noise about the engines' performance, United Technologies shareholders need to hope that it and other customers don't follow suit before it can solve its problems.

GE, on the other hand, is beating Pratt hands down in this head-to-head competition. But its stock price is down more than 20% over the past year due in part to disappointing results from its power segment and its oil and gas segment, and shareholders will probably need more than a single win to see that trend reverse. Still, LEAP's lead stands as evidence that maybe GE's situation isn't quite as dire as its stock performance might lead you to believe.

10 stocks we like better than General Electric
When investing geniuses David and Tom Gardner have a stock tip, it can pay to listen. After all, the newsletter they have run for over a decade, Motley Fool Stock Advisor, has tripled the market.*

David and Tom just revealed what they believe are the 10 best stocks for investors to buy right now... and General Electric wasn't one of them! That's right -- they think these 10 stocks are even better buys.