Even though unemployment is a low 4.3%, there is no sign of inflation. Normally, these two things are inversely correlated -- when one is high, the other is low.

On top of this, asset valuations almost across the board are high.

For instance, here's a chart of commercial real estate prices: Here's a chart of stock valuations: But if the economy is only puttering along, evidenced by its inability to spur inflation, then why are asset prices through the roof?

The answer, one could argue, lies in a continuation of Ben Bernanke's savings glut theory, which he used to explain the asset bubbles that culminated in the financial crisis.

Under this theory, the excess savings accumulated by emerging economies led by China as well as oil-producing countries such as Saudi Arabia over the past few decades have flooded into the United States, pushing up asset prices.

You can see this effect in a chart of foreign direct investment inflows into the United States. 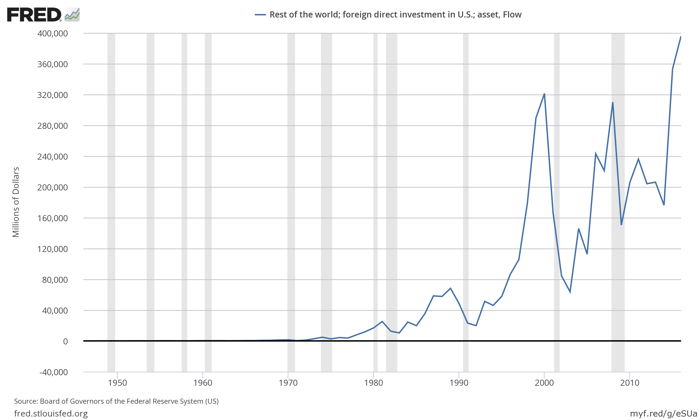 The first thing to note from this chart is the early 1970s. That was when foreign direct investment began flowing into the United States.

That was also when two oil embargoes sent the price of oil soaring, stuffing the pockets of oil producers ever since. This is consistent with Bernanke's theory.

The second thing to note is that surges in foreign direct investment have preceded every recession since the flow began.

That's notable, because a record $400 billion flowed into the United States last year, which is approximately 25% higher than the max inflows in 2000 and 2008. 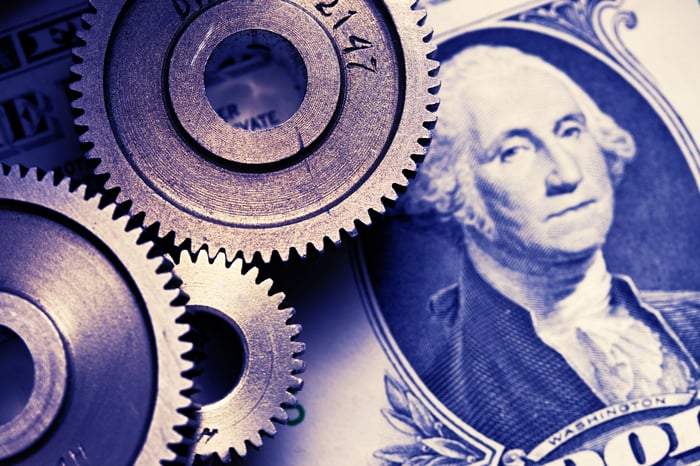 Does that mean the economy is on the verge of a recession?

No one knows the answer. After all, there's nothing to say the economy and asset prices won't continue on their current course for years still.

"Economists have predicted nine out of the last five recessions," MIT economist Robert Samuelson once wrote.

Nevertheless, all of this does help to explain the growing unease among savvy investors about the current state of things.