Since its IPO in 1998, eBay's (NASDAQ:EBAY) shares have soared by more than 4,000%. The company quickly became one of the largest winners during the Internet boom, survived the bust, and went on to create a fortune for its early investors.

On that note, here are two reasons eBay's stock may be vulnerable to a fall in the coming years. 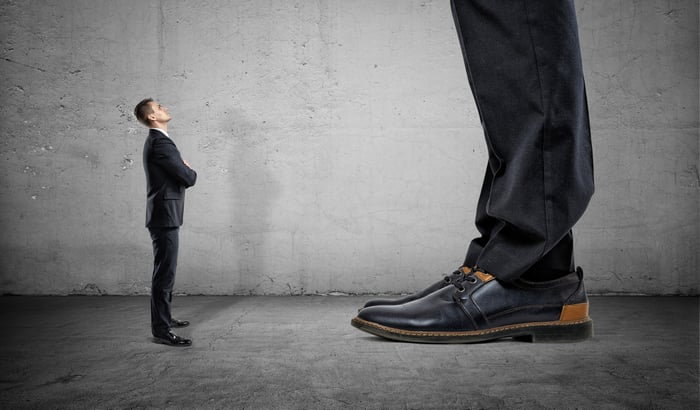 After more than two decades of solid growth, eBay is certainly one of the leading e-commerce companies on the planet. It connects more than 170 million buyers with millions of sellers around the world. These sellers in aggregate sold $21 billion in gross merchandise volume on eBay's platform in the second quarter alone, which in turn helped eBay rake in more than $2.3 billion in revenue. Yet this revenue figure represents year-over-year growth of only 4.4%, and eBay is battling rivals that are far larger and growing much faster. 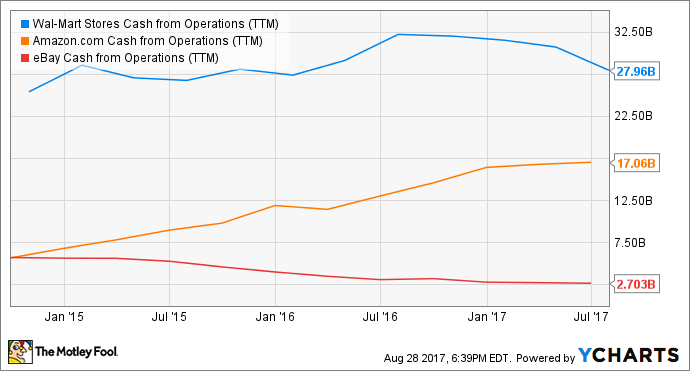 With their far greater financial resources, Amazon and Wal-Mart are able to invest more aggressively than eBay to fuel their growth. Amazon is spending billions to strengthen its global fulfillment network and expand its content and service offerings, which helps to drive its Prime membership growth. And once a consumer becomes a Prime member, they have a powerful incentive to conduct more of their purchases on Amazon.

Meanwhile, Wal-Mart spent $3.3 billion to acquire fast-growing e-commerce start-up Jet.com and hundreds of millions more for a host of other online retailers. Wal-Mart quickly moved to install Jet.com founder Marc Lore as head of its e-commerce operations, with impressive results since he took the helm.

EBay, however, has instead been shedding assets, including its longtime primary growth driver, PayPal. To eBay's credit, its asset-light business model does not require much in the way of capital investment. But in some ways, this is part of the problem. Without significant reinvestment opportunities, eBay's growth is likely to continue to be outpaced by that of its larger rivals.

Perhaps most troubling is that eBay appears to be losing the battle for consumer mindshare. A September 2016 report by personalization platform company BloomReach showed that 55% of U.S. consumers begin their online product searches on Amazon, up from 44% in 2015. Only 16% of shoppers started their searches on another retailer's site -- down from 21% the prior-year period -- with search engines accounting for the rest. And, incredibly, approximately 9 in 10 consumers will check Amazon even if they find a product they want on another retailer's site. As these results demonstrate, Amazon is often the first -- and likely last -- place people go to shop online.

Amazon's growing dominance is a dangerous trend for eBay. EBay knows this, and it's likely a major reason it's ramping up its advertising spending. But even with a major new brand awareness campaign underway, it's going to be difficult for eBay to chip away at Amazon's commanding lead in consumer mindshare. More likely is that Amazon continues to take share in this vital area, which could result in eBay suffering a loss of relevance in the years ahead.