General Motors's (NYSE:GM) stock is trading at just 6.3 times GM's expected 2017 earnings. That's well below the roughly 10 times earnings that we'd expect for a healthy automaker. And thanks to that modest valuation, GM's steady dividend is yielding 4.1% right now.

GM might seem like yesterday's news, a "value trap" set to be eclipsed by high-tech names. But some famed value investors, including the great Warren Buffett, think GM is worth holding. Are they seeing something that we should be looking at more closely? 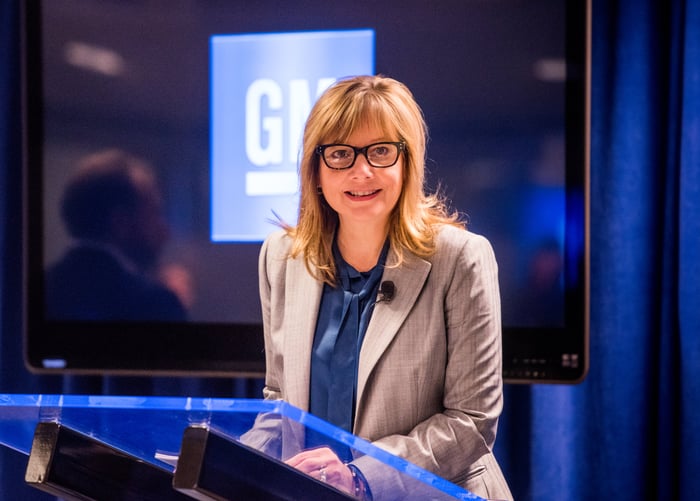 CEO Mary Barra has refocused GM on fundamentals. The result: Quality is up and margins are growing. Image source: General Motors.

Buffett owns GM, but should we?

As I mentioned above, GM's shareholders include some very big-name value investors: Warren Buffett's Berkshire Hathaway (NYSE:BRK-A) (NYSE:BRK-B) and Mohnish Pabrai, for starters.

It's not hard to see what those brilliant investors are probably noting. Yes, GM's stock is cheap according to those simple measures. But there's much more to it: Under CEO Mary Barra, GM has shifted far away from its longtime obsession with market share, refocusing on much more Buffett-like measures: return on invested capital (ROIC), credit quality, and the amount of cash returned to its shareholders.

GM's shares have been stuck in a rut for a while. I think they've been overlooked as Wall Street hotshots have chased hot names like Tesla (NASDAQ:TSLA). To be fair, Tesla's stock has delivered outsized returns -- at least so far.

But there's a good case for an investment in GM too, and it's only going to become clearer over time. As GM itself sees it, the investment case for GM stock has four parts: 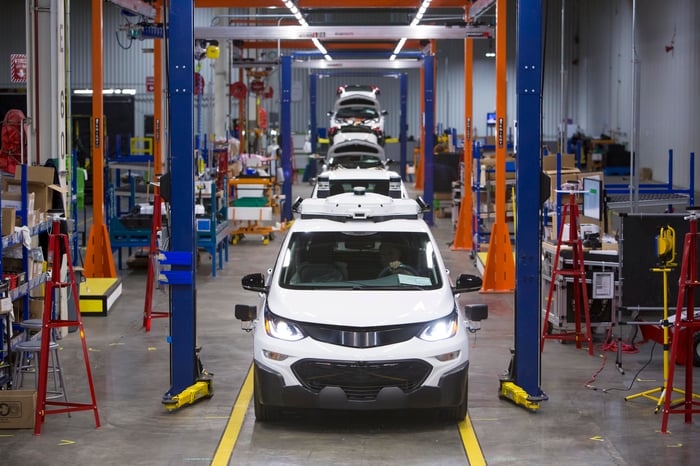 Tesla gets the high-tech attention. But GM became the first automaker to build self-driving cars in a regular assembly plant in June, when it completed a production run of 130 self-driving Chevrolet Bolts for testing. Many more are expected to follow. Image source: General Motors.

The big takeaway: GM is an intriguing buy

To sum up GM's own argument: GM is well-positioned to thrive, both in the present and amid the disruption that's likely to come to the auto industry in the near future. It's in a cyclical business, and a downturn could be on the horizon, but it's well-prepared to come out of that downturn in a strongly competitive position.

Meanwhile, as I noted up front, the stock is inexpensive by historical measures, and it's confident that it can sustain that nice dividend through a downturn (unless things get dire, of course). There's a nice story here, one that's already being reflected in GM's bottom line. I think a patient investor could do a lot worse than to buy some GM shares now, reinvest the dividends, and wait for Wall Street to catch on.