Marvell Technology Group (NASDAQ:MRVL) is showing no signs of slowing down. Shares of the chipmaker jumped more than 7% after it reported its latest results in late August, topping Wall Street estimates thanks to a strong performance by the company's storage business. Shares have continued to rise since then and the stock is up about 30% so far this year.

But investors who have missed Marvell Technology's rise so far in 2017 shouldn't feel they've missed out. The company is well-placed to ride secular growth trends in the storage and the automotive end markets, which could boost its revenue and earnings. Let's take a look at how these two areas are going to impact Marvell's fortunes. 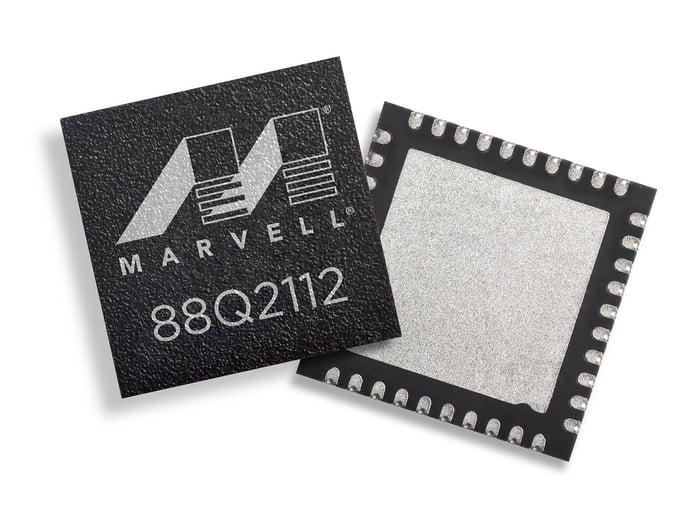 Marvell's storage revenue shot up 13% year over year during the second quarter, supplying 52% of the company's total revenue. It's safe to assume that this business will play a critical role in directing the company's top-line trajectory in the years ahead. Good news: The outlook on the storage front is rosy as sales of Marvell's solid-state drive (SSD) chips have been on the rise.

As it stands, Marvell gets a quarter of its storage revenue from SSD chips. By comparison, SSD chips contributed 20% of the company's storage revenue just a couple of quarters ago. And Marvell's SSD business should keep getting bigger thanks to stronger demand from the enterprise and data center markets.

For instance, TechNavio expects the global enterprise SSD market to grow at an annual pace of 17% until 2020, as businesses are looking to analyze complex data quickly in real time by deploying applications in the cloud. As a result, data centers will need to be upgraded with high-density storage solutions such as SSDs, which can deliver the required performance as they are powered by NAND flash memory.

Marvell Technology has already made a dent in this market by shipping over 50 million SSD chips in the past 18 months, and looks set for more gains given its broad portfolio of solutions to target this market. Investors, however, should note that Marvell won't have a free run in this space as rival chipmaker Broadcom is gaining tremendous traction in storage controllers.

Last quarter, Broadcom's storage revenue grew 39% year over year thanks to the company's product development moves. The chipmaker has been trying to attack the storage opportunity by offering a strong suite of hardware and software products to improve SSD performance. Its efforts are delivering results as evident from the rapid growth in the company's storage business, and Marvell should be wary of its tremendous progress.

Marvell Technology has turned its attention toward automotive applications, where it sees an addressable market in excess of $1 billion for its Ethernet switches by 2023. The company claims that it has already landed design wins at major automotive original equipment manufacturers.

More specifically, Marvell is setting itself up to tap the increasing demand for vehicle-to-everything (V2X) connectivity. It launched a secure automotive gigabit Ethernet switch in late July, touting it as an industry first. This Ethernet switch has been designed to deliver hardware-level protection, so it can securely transmit data in connected cars and autonomous vehicles while reducing the risk of cyberattacks.

Marvell says that the Ethernet switch is already being sampled by leading automotive suppliers. Any substantial design wins for Marvell with this product could be a big deal in the long run as the global automotive Ethernet market is estimated to grow at 42% annually until 2021, according to TechNavio.

It appears that the storage and automotive markets provide massive opportunities that could drive Marvell's growth for a long time -- if the company executes on them well.