Warren Buffett famously invested in soda giant Coca-Cola (NYSE:KO) in 1988, buying in right before the stock began an epic run. Over the past 30 years, shares of Coca-Cola have gained about 1,450%.

Recent performance hasn't been quite as good: Shares of Coca-Cola are up just 10% over the past three years, with slumping soda sales and a lofty valuation putting pressure on the stock. If you're looking for stocks that have outpaced Coca-Cola, three of our Foolish investors have some ideas. Here's why you should take a look at National Beverage (NASDAQ:FIZZ), Celgene (NASDAQ:CELG), and Netflix (NASDAQ:NFLX). 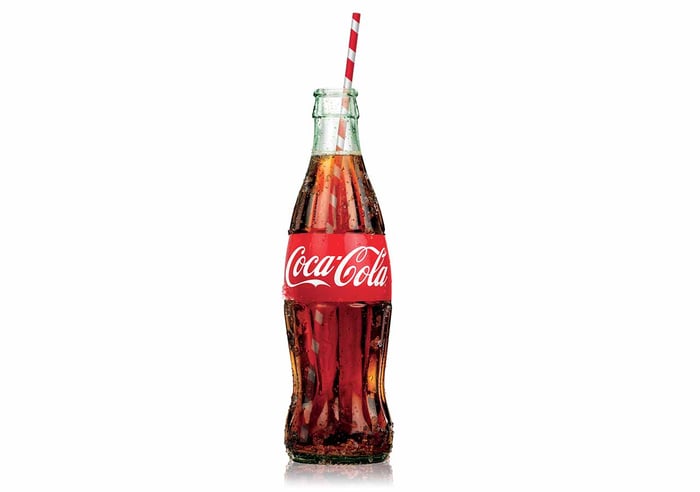 LaCroix has been around for decades, but the brand has experienced a revival in part thanks to slumping soda sales. Consumers are increasingly turning to no-sugar beverages like sparkling water, and LaCroix was at the right place, at the right time, with the right message. National Beverage sells other brands, but LaCroix is the star.

National Beverage stock has soared thanks to the company's impressive growth, with shares gaining more than 400% since the beginning of 2015. It's an expensive stock for sure, trading for more than six times sales and more than 50 times earnings. But sparkling water doesn't seem to be a fad. If that's the case, LaCroix can continue to grow right along with the market. Competition will likely become fiercer as sparkling water becomes more popular, but National Beverage has a brand that has clearly resonated with consumers.

A biotech that's the real thing

Keith Speights (Celgene): About the only things that Coca-Cola and big biotech Celgene have in common is the first letter of their names and successful long-term stock performance. However, Celgene stock has been the bigger winner by far, with its shares soaring nearly 29,000% since the stock began trading, in 1987. Coca-Cola's gains were nearly 1,700% during the same period.

Celgene's success stems primarily from its blood cancer drugs, which now include Revlimid and Pomalyst. Revlimid is on track to become the biggest-selling cancer drug in the world over the next few years. The drug generated nearly $7 billion in sales last year.

It seems likely that Celgene stock will continue to outperform Coca-Cola stock in the future. Wall Street analysts project annual earnings growth of nearly 22% for Celgene compared to around 5% for Coca-Cola. Sustained momentum seems likely for Celgene's current products, while the biotech's pipeline is loaded with potential blockbuster candidates. To borrow a Coca-Cola slogan from the past, Celgene is the real thing.

What the world wants today

Danny Vena (Netflix): As the streaming-video pioneer, Netflix -- like Coke -- gave birth to an industry. While that story is still in its infancy, Netflix has posted gains that would put many a stock to shame. Since its IPO, in 2002, Netflix has gained an incredible 15,000%, compared to Coca Cola's gain of only 69%.

Far from its humble roots delivering DVDs by mail, Netflix now reaches 104 million subscribers in 190 countries worldwide, with more joining every day. Over the last 12 months, the company's revenue has grown by 25%, while net income has climbed 122%. Year-over-year subscriber growth has surpassed 20% in each of the last eight quarters, while international customers exceeded domestic subs for the first time.

Netflix plans to spend $6 billion on content this year, as it continues to build out its library of original programs, and that strategy appears to be paying off. A recent survey of millennials shows that they prefer Netflix original programs by a landslide over content from competing streaming services. The company is also creating hit original shows for international audiences.

Having barely tapped a market of over 625 million potential customers, Netflix could grow four to five times its current size over time, assuming similar penetration rates. As its subscriber base continues to grow, the company can spread the cost of content over a much wider base, resulting in increasing economies of scale.