T-Mobile (NASDAQ:TMUS) is once again exploring a merger with Sprint (NYSE:S), which would combine the nation's third- and fourth-largest wireless carriers.

Rumors of merger talks have been swirling for months, but things have ratcheted up over the past few days. The possible merger would involve an all-stock deal that would put current T-Mobile CEO John Legere in charge of the combined wireless provider. Sprint is partly owned by Softbank Group, which is headed up by CEO Masayoshi Son, and the parent company is expected to hold onto a minority stake of the new carrier, if the deal closes.

Nothing has been finalized and the company's have yet to agree on the details of a merger, but it's expected that an announcement of the deal could come in the next few weeks. Investors may recall that both companies have sat down at the merger table several times before and have nothing to show for it. 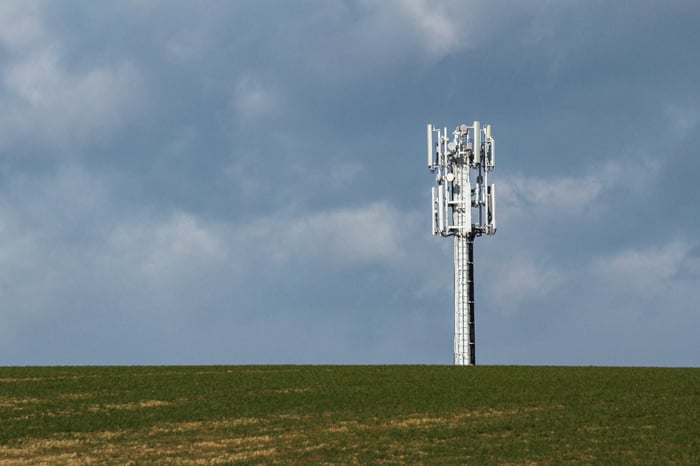 The latest merger talks appear to be more substantial than the last talks, but let's take a quick look at what happened a few years ago and why this time might be different.

Some of the earliest rumors of merger talks between Sprint and T-Mobile surfaced more than six years ago when T-Mobile's parent company Deutsche Telekom AG considered selling T-Mobile to Sprint.

That deal never materialized, but talks between the two carriers became much more serious in 2014, when Sprint made a bid to buy T-Mobile for $32 billion.

Sprint was a much stronger company at the time -- with more customers than T-Mobile -- and was looking to beef up competition against industry leaders Verizon Communications and AT&T.

Those talks were eventually shut down after regulators raised concerns that having only three major wireless carriers in the country wouldn't provide enough competition for wireless customers.

But things have changed since Wheeler's comments. The Trump Administration is viewed as much more open to mergers between large companies than the Obama Administration was.

Additionally, Sprint isn't nearly as strong of a company as it was three years ago and this time around the merger could be viewed by regulators as a way to boost competition in the wireless industry, rather than a reduce options for customers.

This isn't a done deal

Merger talks of this magnitude are never easy, and the fact that T-Mobile and Sprint are partially owned by parent companies could further complicate things. CNBC is reporting that Masayoshi Son would like to have some say in how things are run at the new wireless carrier if a deal is struck, something that may not sit well with Legere.

And if both companies overcome their differences, the deal will still have to pass through government regulators. The Trump Administration may be bent more toward large company mergers, but there's no guarantee it'll agree to this one. Some have speculated that if a merger cuts too many jobs, then U.S. regulators would be more willing to ax the deal.

What's becoming more clear is that Sprint is eager to make a deal happen. The company made solid gains in its first-quarter 2017, with earnings per share of $0.05 and achieving its first net profit in three years. But on the company's quarterly conference call, Sprint CEO Marcelo Claure made it clear that he's still hunting for a buyer,

Between T-Mobile and Sprint wanting a deal to happen and the regulator winds seemingly changing, it looks like now may be as good a time as any for the two carriers to try striking a deal one more time.