Please ensure Javascript is enabled for purposes of website accessibility
Log In Help Join The Motley Fool
Free Article Join Over 1 Million Premium Members And Get More In-Depth Stock Guidance and Research
By John Maxfield - Oct 2, 2017 at 11:00AM

It varies widely by age.

Despite peoples' efforts to pay as little in taxes as humanly possible, there's a limit to how much one can reduce their tax liability. According to a recent survey of nearly 130,000 American consumers, the average American spends $10,489 each year in federal, state, and local income taxes.

That might sound like a lot, but it's actually only 14% of the average survey respondent's gross income. To put that in perspective, current tax brackets charge from 10% of income up to as much as 39.6%, depending on one's income bracket.

What's even more interesting about this data is that it can be broken down by age group. By doing so, you can get a sense for when your tax liability is likely to be greatest. 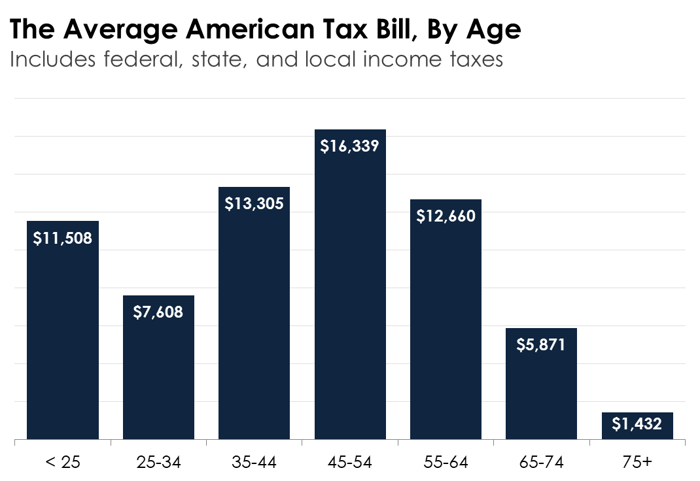 The data shows that the average person pays the most in taxes in the decade between 45 and 54 years of age. Next up are people in the 35- to 44-year-old age range. Not coincidentally, these tend to be the ages that people earn the most money. Once people pass the age of 65, their annual tax liability plunges as they leave the workforce.