Credit Suisse sees the worst of both worlds happening at Telefonaktiebolaget LM Ericsson.

That's 37-point underperformance folks, and here's possibly the worst news of all: According to one analyst, things are only going to get worse for Ericsson from here, and it's time to sell the stock. Here are three things you need to know about that. 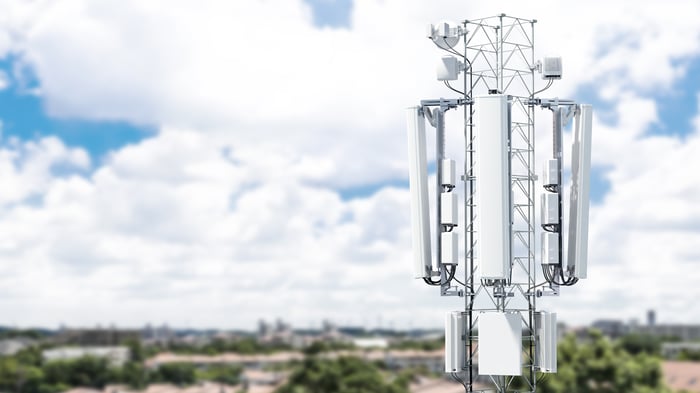 Ericsson makes equipment for the telecommunications industry, a business that you'd think would be booming now that everyone and his grandmother has a smartphone. Problem is, business has not been booming for Ericsson, where gross profit margins have been sliding for three years straight, and which got pushed into an operating loss in Q1 of this year, when sales fell seriously short of last year's revenue total (down nearly 20%, according to data from S&P Global Market Intelligence).

Never a big fan of Ericsson, this morning, Swiss investment banker Credit Suisse finally pulled the plug on Ericsson stock, reducing its rating from neutral to underperform (i.e., sell). As related in a note on TheFly.com, Credit Suisse believes that Ericsson stock that sells for $5.76 today is likely to fall as low as $4.67 (38 Swedish krona) over the next 12 months

Most analysts who follow Ericsson stock are predicting that the company's revenue will fall a further 6%, to about $5.64 billion, when Ericsson next reports earnings (for its fiscal third quarter). Credit Suisse, however, believes Ericsson's revenues "may continue to surprise on the downside."

The reason: In an attempt to stem margin erosion, Ericsson has been shedding loss-making businesses, hoping to lessen the drag on its more profitable networks and global services divisions. That's a strategy that has served other businesses well, but Credit Suisse appears to think investors will be spooked when they see Ericsson's revenue continue to decline as money previously contributed by divested businesses falls off the income statement.

Even worse, in Credit Suisse's opinion, Ericsson may encounter the worst of all possible worlds: In addition to shedding revenues as it sheds businesses, the company may fail to grow profit margins -- which is the reason Ericsson is divesting its loss-making businesses in the first place!

Credit Suisse notes that Ericsson has a "mid-term" target of 12.4% operating profit margins, but says this target is "too optimistic."

Is Credit Suisse overstating the case?

And yet, right as Credit Suisse may be about what's been going on at Ericsson of late, could the analyst be overly negative on Ericsson stock? I kind of think it might, and I'll tell you why.

On the one hand, yes, Ericsson stock looks pretty bad right now. Thanks to Ericsson's miserable performance in Q1, Ericsson stock now carries no P/E ratio for its past 12 months. And yet, it's not all bad news for investors.

Yes, from a GAAP perspective, Ericsson stock is unprofitable. But from the perspective of free cash flow, Ericsson remains a money-making business. In fact, over the past 12 months, S&P Global data show that Ericsson generated positive cash profits of nearly $1.3 billion -- a far better result than you'd expect from Ericsson's reported GAAP loss of $1.6 billion.

Furthermore, Ericsson's balance sheet confirms that the company's strong free cash flow is keeping Ericsson -- the business -- in fine financial fettle. Despite carrying $3.8 billion in debt, Ericsson still has more than $4 billion in cash on its balance sheet, meaning that net-net, the company has no net debt.

Valued on its free cash flow (FCF), Ericsson at an $18.8 billion market cap sells for about 14.9 times FCF (and has an enterprise value-to-FCF ratio actually a bit cheaper than that). On average, analysts expect Ericsson to grow its earnings at better than 13% over the next five years, and when you add Ericsson's 2.1% dividend yield to that, you're looking at perhaps a 15% total return on the stock. For 14.9 time FCF, I think that's a very fair price to pay for Ericsson -- assuming the growth materializes.

Of course, this all still requires Ericsson to deliver on its cost savings and margin improvements -- and prove Credit Suisse wrong.