Please ensure Javascript is enabled for purposes of website accessibility
Log In Help Join The Motley Fool
Free Article Join Over 1 Million Premium Members And Get More In-Depth Stock Guidance and Research
By Travis Hoium – Oct 3, 2017 at 7:18AM

Fusion could create a new category of cameras for GoPro.

Based on the stock's movement in the past few days, the market doesn't seem to be very bullish on GoPro Inc's (GPRO -1.20%) recently announced products, but they may be the most consequential of the company's short history as a public company. Hero 6 was an upgrade over last year's Hero 5, albeit at a higher price, and the Karma drone got an important upgrade.

But the big release was the Fusion 360 camera, which opens a whole new world of products for GoPro. And it may be good enough to define a new category of cameras for the company. 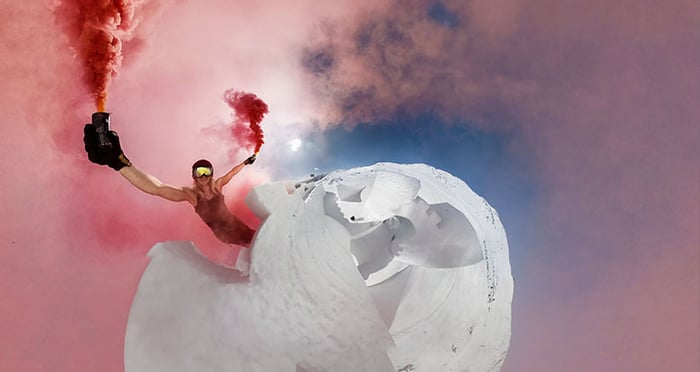 Everything customers need from a 360 camera

Fusion is a dual-lens camera that stitches images together to create one immersive 360-degree image. They can then be viewed in virtual reality or converted to a variety of 2D images. The camera is even waterproof to 5 meters without a case and attaches to the world of GoPro accessories already in existence.

GoPro is learning customers want ease of use

What impressed me most about the launch presentations was Fusion's ease of use. One of the challenges with Hero cameras has always been that pulling images from the camera, editing, and sharing them has long been fairly difficult, creating a barrier to entry for consumers. As technologically advanced as the 360 camera is, offloading and editing looks fairly easy, and voice controls are a big advancement in making the camera very usable.

The camera and GoPro app will also preview and stitch videos right on your phone. Overcapture -- arguably Fusion's best feature -- allows users to create a 2D video from the 360 video by using the smartphone itself as a camera while watching the 360 video. It's an innovative solution to create shareable videos after the 360 video has been captured.

A new world of possibilities

When early GoPro cameras were released, they created a new category of cameras for the action sports market. Fusion can do the same for action sports and normal consumer use.

GoPro has a chance to set the bar for consumer 360 cameras, and this first iteration is an excellent start. The product is priced right, will be easy to use, and will give GoPro another way to excite consumers about its products again. In time, it may even boost GoPro's stock if Fusion is anything near the hit its category-defining action cameras were.