Please ensure Javascript is enabled for purposes of website accessibility
Log In Help Join The Motley Fool
Free Article Join Over 1 Million Premium Members And Get More In-Depth Stock Guidance and Research
By Rich Smith - Oct 4, 2017 at 11:36AM

This analyst has been wrong before, true -- yet the valuation still intrigues.

Investors in Sotheby's (BID) stock have had an interesting year. Between January and late July -- heading into Q2 earnings -- shares of the high-end art and jewelry auctioneer surged 47% in value. But when those earnings were announced, the bottom fell out.

After hitting a high of $56.88 per share on July 24, Sotheby's stock fell to just $42.97 per share on Sept. 4 -- a nearly 25% drop. The stock has recovered somewhat since then, climbing enough over the past month that shares remain up 24% for the year, and are now once again outperforming the S&P 500. Can Sotheby's continue to claw its way back?

One analyst thinks so. Here's what you need to know. 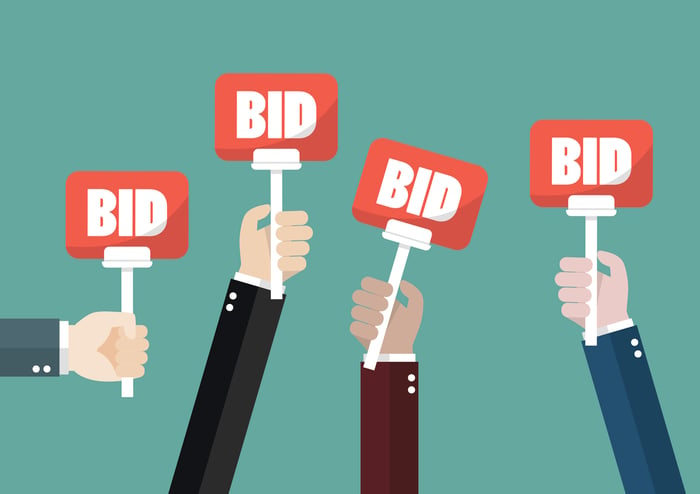 What happened in Q2

Fellow Fool Dan Caplinger gave us the lowdown on Sotheby's second quarter back in August, explaining how the company largely became a victim of its own success -- after a terrific 2016, it became harder to repeat the feat in 2017.

What did Wall Street expect?

Why did Wall Street have its sights set so high last quarter, and why was it disappointed? Heading into Q2 earnings, "independent equity research boutique" Consumer Edge Research was feeling bullish.

Sharing its feelings with Bloomberg in an interview, Consumer Edge commented: "There's been a momentum at the very high end of the market," with buyers feeling frisky thanks in part to a "weaker U.S. dollar" giving more buying power to bidders, and encouraging them to buy high-end art and jewelry. On the investing side of things, Consumer Edge also noted that a spate of stock-buying-back at Sotheby's promised to concentrate earnings among fewer shares, which would help to boost per-share earnings.

When Sotheby's instead reported a big earnings decline, and bigger than analysts were forecasting, investors were understandably disappointed.

What does Wall Street expect this time around?

Which brings us to today. With roughly a month remaining until Sotheby's next reports earnings, Consumer Edge is again feeling optimistic about Sotheby's stock. (Despite being wrong last time around, admittedly.)

As reported on StreetInsider.com (requires subscription) today, Consumer Edge has just upgraded shares of Sotheby's to overweight, citing a strengthening in the "art market" as its reason for optimism. Yesterday, Sotheby's CEO Tad Smith told investors that sales at Sotheby's Autumn 2017 Hong Kong auction series jumped 42% year over year, to $404 million, with Chinese buyers in particular snapping up "the majority of our top ten lots" sold. Although Smith didn't go into detail about the rest of the business, he observed that auctions in Hong Kong just hit "the highest level since 2014."

What does it means for investors?

So does this mean things will go great for Sotheby's when the Q3 numbers come out next month? Not necessarily -- remember, sales grew last quarter as well, but earnings declined. And indeed, consensus estimates this time around are calling for Sotheby's to report $0.69 per share in losses for the current quarter.

All that being said, I still do see reason for optimism here. If you look beyond the quarterly results, and look beyond the GAAP financials in general, Sotheby's stock is once again starting to look attractive from a value investor's perspective.

Priced at $2.5 billion in market capitalization, and with about $600 million in net debt, Sotheby's stock carries an enterprise value of roughly $3.1 billion. Against that, S&P Global Market Intelligence data show the company generating $243 million in positive free cash flow over the past 12 months, giving the stock an enterprise value-to-free-cash-flow ratio of just 12.9. With analysts projecting long-term profits growth of 13.5% for Sotheby's, I'd say the stock is fairly priced today, and maybe even a bit cheaper than it ought to be.