Better start brushing up on your Arnold Schwarzenegger impression: "I'll be back."

Viacom (NASDAQ: VIA) (NASDAQ:VIAB) and its Paramount Pictures division are resurrecting the Terminator franchise for another go on the big screen. The company has tried, and failed, to bring the famous time-traveling, science-fiction series back to prominence before, but it's taking a different approach with the new installment that could pay off in a big way.

With its media networks facing a challenging outlook and its movie business in need of hits, the new Terminator film looks to be one of Viacom's most important entertainment productions. 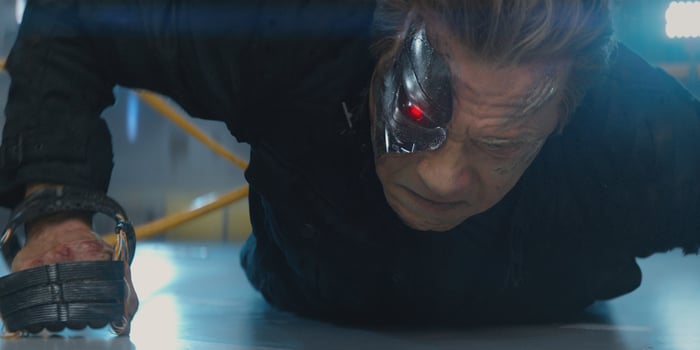 Will Terminator's fate be different this time?

Viacom and Paramount have made two previous attempts to revive the property within the last decade, with 2009's Terminator Salvation and 2015's Terminator Genisys both initially intended to be trilogy launchers. Disappointing ticket sales derailed those plans, but there are reasons to think that the broader property is still viable and that Viacom has a potential hit on its hands with the upcoming Terminator film.

Despite poor receptions for its last two entries, the franchise still has name recognition and cultural clout, and early details on the new project are promising. More so than any other take on the series since the early 1990s, the upcoming Terminator picture appears to be in good hands.

The picture will be directed by Tim Miller, most known for helming Fox's superhero blockbuster Deadpool, and produced by series creator and box-office titan James Cameron. Franchise stars Arnold Schwarzenegger and Linda Hamilton are also returning for the still-untitled Terminator film, rounding out an impressive production pedigree that signals the potential for a real hit. Adding to the franchise's notoriously complex timeline, the project will be a soft reboot that ignores the events of the last three entries and acts as a direct follow-up to 1991's Terminator 2: Judgment Day. 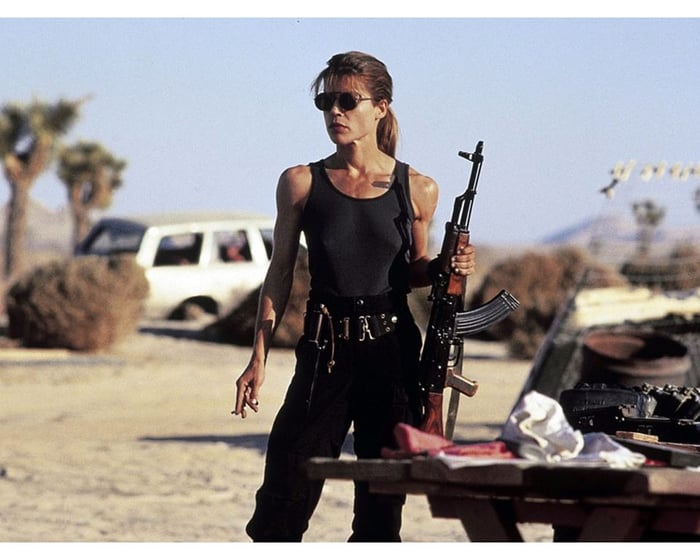 Terminator 2 still stands as one of the most successful R-rated films ever, and bringing back many of its principle players for a direct sequel is a smart way to get the series back on track. Cameron is reportedly planning the upcoming Terminator film as the start of a new trilogy, so Viacom could enjoy the long-term benefits of a resurgent franchise if the first movie lands well.

In Viacom's most recent earnings call, CEO Robert Bakish pointed to big-brand films as the key to turning the company's film wing around. That's a sensible statement, but it also highlights challenges facing Paramount. Compared to rivals Disney and Time Warner, Viacom is a company that's short on marketable properties. That's a major setback in today's franchise-dependent box-office climate.

Viacom's need for new, hit properties actually became more pronounced over the summer due to weaker-than-expected performance for the latest Transformers film. Transformers: The Last Knight grossed roughly $605 million, a substantial drop from its immediate predecessor's $1.1 billion in global ticket sales and a performance that has significant implications for the company's film slate. Viacom is in the process of launching a Transformers spinoff series, but prospects for success there are shakier following the recent box-office disappointment for the series' fifth installment.

Outside of Transformers, the company's other big franchises include Mission: Impossible, Star Trek, and Teenage Mutant Ninja Turtles. The Tom Cruise-led Mission: Impossible has been delivering strong box office with recent entries, but the last Turtles picture was a flop and the most recent Trek picture failed to match the ticket sales of its two prequels.

With some of its key properties apparently losing steam, that puts pressure on the company to find franchises capable of driving growth. Terminator alone probably won't power Paramount through the next decade, but it has the potential to reemerge as a major asset and help get things moving in a better direction.

A resurgent film wing is crucial for Viacom

The most recent quarter saw an uptick for Viacom's television business, but the segment is facing long-term challenges that add to the importance of rebuilding its movie wing. While its Nickelodeon channel seems poised to retain leadership in the children's television space, other core networks including MTV and Comedy Central are facing an uphill battle. Both networks are in need of hit content and facing pressure as millennial and Generation Z audiences migrate to YouTube and other internet-based platforms.

The entertainment company is making moves to be a part of internet momentum, hiring web personalities and bridging content to social media platforms, but its television business still faces a tough outlook. Last quarter, media networks accounted for roughly 76% of the company's $3.36 billion in revenue, with its movie business filling in the remaining share and pulling above its usual weight thanks to the Transformers release. Getting a better contribution from its movie segment is one of the company's best bets for mitigating the effects of trouble in TV-land, and that hinges on building a better base of franchise properties.

Chasing that goal, the Terminator franchise will, once again, be back. It would be a notable win for Viacom and its shareholders if the series sticks around this time.