Please ensure Javascript is enabled for purposes of website accessibility
Log In Help Join The Motley Fool
Free Article Join Over 1 Million Premium Members And Get More In-Depth Stock Guidance and Research
By Keith Noonan - Oct 9, 2017 at 9:27AM

Shares of Bitauto Holdings Limited (BITA) increased 24.8% in September, according to data from S&P Global Market Intelligence, due to ratings upgrades and momentum for the company's transaction services platform.

Bitauto operates an online platform for car sellers to display their wares and has also branched into the transaction services space with its Yixin subsidiary. With a roughly $3 billion market cap and roughly 10% of its shares sold short, Bitauto's stock is positioned for volatile swings and can post big movement on sometimes minor news.

Ratings upgrades likely played a substantial role in the stock's September gains. CLSA initiated a "buy" rating on the stock on September 1, BidaskClub upgraded the stock from a "hold" to a "buy" in a September 8 note, and Zacks Investment Research upgraded its rating on Bitauto from "sell" to "hold" on September 15. Shares popped roughly 9% on September 14 alone and now trade up roughly 160% on the year. 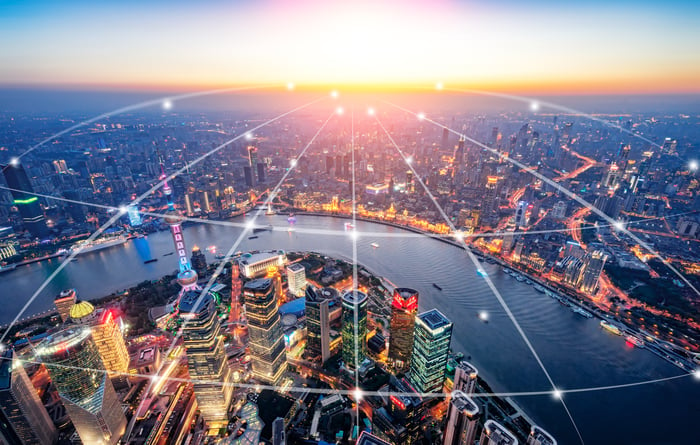 The company's core auto-selling platform appears to have reached a peak, but Bitauto still has considerable upside as it transitions to a more transactions-focused business. Yixin has become China's leading online automobile transaction and financing platform -- and it looks positioned to enjoy strong performance as more Chinese buy cars and turn to loans to make their purchases.

With a forward P/E ratio of roughly 45, Bitauto trades at a lofty earnings multiple, but the company has been delivering impressive growth and has a favorable market position. Its August quarterly report recorded a roughly 55% year-over-year sales increase and 69% growth for net income, and the company could continue to impress as it scales its business with Yixin.