Please ensure Javascript is enabled for purposes of website accessibility
Log In Help Join The Motley Fool
Free Article Join Over 1 Million Premium Members And Get More In-Depth Stock Guidance and Research
By Adam Levy - Oct 10, 2017 at 11:21AM

Hulu outbid Netflix for streaming rights for This Is Us. Should Netflix investors be worried?

Fresh off of winning the Emmy award for Outstanding Drama for The Handmaid's Tale, Hulu won the rights to stream fellow nominee This Is Us. Hulu and its part-owner NBC paid $3.5 million per episode for the domestic streaming rights to the series from its other part-owner, 21st Century Fox (FOXA). Amazon (AMZN 0.73%) won the international streaming rights. Netflix (NFLX -0.98%), meanwhile, was left out in the cold (although it had three original dramas nominated this year).

Hulu is starting to flex its muscle with a $2.5 billion budget afforded to it by its joint owners -- Disney (DIS -1.13%), NBC, Fox, and Time Warner (TWX). Amazon's budget is estimated to be around $4.5 billion this year, and Netflix expects to spend around $6 billion this year and up to $7 billion next year. With all of that money floating around, the rights to stream the top content are getting more and more expensive. 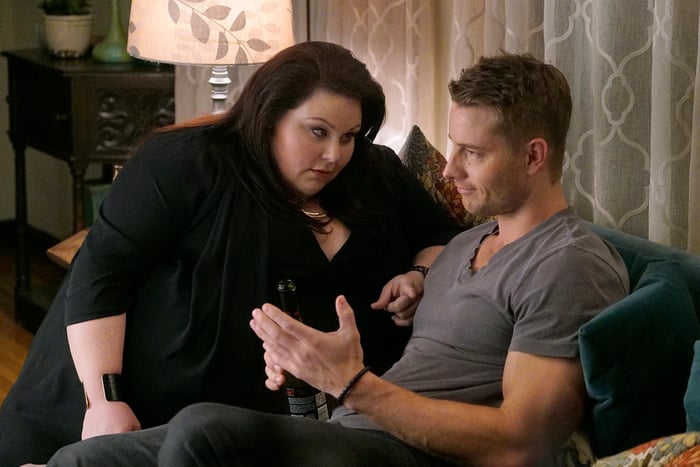 A still from the pilot episode of This Is Us. Image source: NBC.

NBC and Hulu are paying $3.5 million for syndication rights in the United States. To put that in perspective, Netflix spent $3.8 million per episode of House of Cards in its first two seasons. Netflix received the first window of exclusivity for those episodes and obtained streaming rights in multiple countries (although not globally).

Budgets have grown bigger, and streaming has gone mainstream. Many production studios see selling the streaming rights as part of the business now. CBS, for example, pre-sold the international rights to its new Star Trek series to Netflix before it even made its debut. And with more bidders spending more money, CBS was able to guarantee it turned a profit on the series thanks to the commitment from Netflix.

Despite Netflix's growing slate of critically acclaimed original series, a lot of Netflix's value as a service is still derived from its licensed content. Viewers want to rewatch their favorite shows, or catch up with a series that's just starting to receive some press in its third season. Netflix's licensed catalog is a big reason most homes that use at least one streaming service use Netflix.

But Netflix is losing a lot of series to its competitors. Hulu also snatched up shows like 30 Rock, Will & Grace, and Black-ish. Amazon has deals with Time Warner's HBO to stream old episodes of its series (that deal ends next year), and it recently paid a large sum to stream 11 Thursday Night Football games. Both competitors are willing to spend a lot for non-first-run rights for some of the best content.

Netflix is getting more selective

In some ways, Netflix refusing to pay $3.5 million (or more) for the streaming rights for This is Us is a good sign. The company isn't willing to stretch its budget just to get a popular show. Instead, it's willing to spread its bets around and be selective.

Netflix can afford that privilege because it has one of the best recommendation algorithms for its viewers. With over 100 million viewers streaming hours and hour of content on Netflix every month, the streaming video on demand service has a lot of data to crunch. In fact, Netflix published a research paper last year estimating it saves $1 billion in reduced subscriber churn and lower content expenditures thanks to its AI.

Netflix's budget still provides plenty of room to pay for licensed content. And even with television studios like Fox, NBCUniversal, Time Warner, and Disney preferring their own content platforms over Netflix, they're still reliant on selling the streaming rights to the best bidder as part of their new business model.

Netflix will get what it needs to keep its viewers happy and engaged and to justify its recent price increase. After all, it still has the biggest budget of all of its competitors, and there's no plans to slow down content spending any time soon.