A strong memory-pricing scenario and increasing demand should be catalysts for Micron.

Micron Technology (MU 2.21%) recently reported another blowout quarter, sporting terrific growth in both revenue and earnings. The memory specialist almost doubled its revenue year over year and posted a big profit as compared to a loss last year, driven by higher average selling prices and volumes.

Micron's guidance proved to be the icing on the cake. Its forecast for $2.16 per share in earnings on revenue of $6.3 billion in the current quarter was way ahead of Wall's Street's earnings per share expectations of $1.85 on $6.06 billion in revenue. By comparison, the chipmaker had earned just $0.32 per share in the year-ago quarter on revenue of $3.97 billion.

Not surprisingly, investors cheered Micron's results and the stock price hit fresh 52-week highs. But is Micron stock still a good bet after rising roughly 90% so far in 2017? Let's take a look. 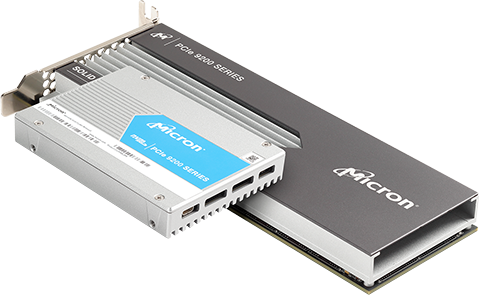 Looking ahead, Micron investors can expect higher ASPs in both DRAM and NAND businesses as demand growth is expected to continue outpacing supply. As it stands, Micron management expects the DRAM market to remain "moderately undersupplied" this year despite a 20% jump in supply bit growth. A similar trend is expected to play out in the NAND market as well, where the projected 30%-plus bit growth will be lower than the jump in demand.

The more important thing to note is that the undersupply situation could continue next year for a couple of reasons.

First, DRAM supply growth in 2018 is expected to be identical to 2017 levels, but demand growth will hit a higher gear. DRAMeXchange forecasts that DRAM bit demand growth will increase from 19.6% in 2017 to 20.6% in 2018 as new supplies won't come online until 2019. This portends higher prices and is great news for Micron as the DRAM business supplies 66% of its total revenue.

DRAMeXchange also forecasts a 42.9% increase in NAND bit growth in 2018. But the increase in NAND supply is expected to be lapped up by the booming demand for 3D NAND, which is expected to grow at a compound annual rate of 33.7% until 2022. Additionally, higher NAND supply next year will go toward meeting the current unsatisfied demand in the market, indicating that Micron could enjoy higher ASPs once again.

Therefore, favorable memory market conditions next year should ensure that Micron isn't going to run out of steam anytime soon.

Fast-growing DRAM niches will power growth in the long run

Micron's impressive DRAM growth is built on two pillars -- server and specialty. Server sales account for 30% of its total DRAM revenue, followed by a 20%-plus contribution from the specialty DRAM business.

These two sub-segments of the DRAM market are set for impressive growth as they address fast-growing niches. For instance, the DRAM content in each server has jumped 50% in just one year, tripling Micron's server DRAM sales in the process. This market isn't done growing yet as servers will need higher data transfer bandwidths and more storage space to keep up with booming data growth.

Meanwhile, the specialty DRAM market should keep getting better as memory demand from fast-growing applications such as graphics processing units and automotives rise. Micron has already made a big splash in the specialty DRAM space by landing NVIDIA as a customer, with the latter using the memory specialist's GDDR5X memory in its graphics cards.

NVIDIA commands a 70% share of the GPU market that could hit annual shipments of over 67 million units in the next four years, which is more than double the 2015 level of 30 million. On the other hand, Micron is aggressively targeting the automotive opportunity, as its recent product development moves indicate.

The company has already started selling automotive-grade DRAM products. Furthermore, it is working with leading component suppliers and automakers to develop faster memory solutions to power higher levels of automation in self-driving cars.

In all, the diverse uses of Micron's DRAM products and stronger pricing of the same paint a bright picture of the company's prospects, meaning the stock could continue to rise.