Three surprisingly different companies that all offer something stock buyers will want.

Finding stocks with both growth potential and a reasonable valuation can seem nearly impossible now, with the market trading near all-time highs, and average stock valuations far higher than historical norms.

But just because the market is both breaking records and richly valued doesn't mean there aren't any values out there. Three of our contributing investors have identified three that are not only relatively cheap but also have great prospects to grow their earnings for years t come. 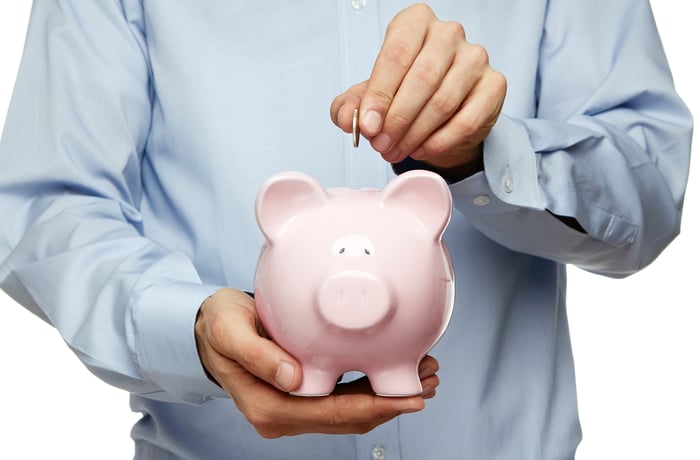 When you wish upon a stock

Demitri Kalogeropoulos (Disney): Disney is one of just a few stocks in the Dow that has lost ground even as the broader market climbed by double digits this year. That performance gap could set investors up for nice long-term returns, though.

Yes, the entertainment giant is struggling through a painful disruption of its media business right now. As subscribers flee costly pay-TV packages in favor of on-demand streaming services, its advertising and distribution revenue streams have come under pressure. In fact, Disney's media division endured an 11% profit slump over the past nine months.

Yet the company's other segments are picking up most of that slack, with the parks and resorts unit doing the heavy lifting right now thanks to the Shanghai Disney launch. That successful park just entered its second year after having trounced management's attendance goals for its inaugural season.

Its movie business, meanwhile, has a packed pipeline with major releases across the Pixar, Lucasfilm, Disney Pictures, Marvel, and Disney Animation studios set for fiscal 2018. And with a valuation of just 18 times earnings, compared with the broader market's P/E of 25, there's less of a risk that investors will overpay for that diverse entertainment business by purchasing Disney shares in hopes of building wealth over the next few decades.

Slow and steady has delivered decades of dividend growth

Reuben Gregg Brewer (Toronto-Dominion Bank): For all the hype about cryptocurrencies, boring old banks probably still play a vital role in your financial life. That's one reason I like, and own, Toronto-Dominion Bank. The other is that it's the largest bank by total assets in the very stable Canadian banking market, drawing 61% of its 2016 earnings from its home country, yet it still appears to have plenty of growth opportunities ahead in the United States, from which it drew 26% of 2016 earnings. (The bank's wholesale business and TD Ameritrade made up the rest). TD Bank is a top 10 bank in the U.S. with exposure to just 15 states.

I'm not going to go into a detailed exploration on Toronto-Dominion; my colleague Matt Frankel did that earlier this year. But I will highlight that this Canadian giant has a century-plus history of paying dividends, weathered the 2007 to 2009 financial crisis without missing a payment (it increased payouts each year), and offers investors a robust 3.4% yield today. The annualized dividend growth rate since 1995 has been roughly 11%. That's a wonderful way to grow your nest egg, particularly if you reinvest those dividends. 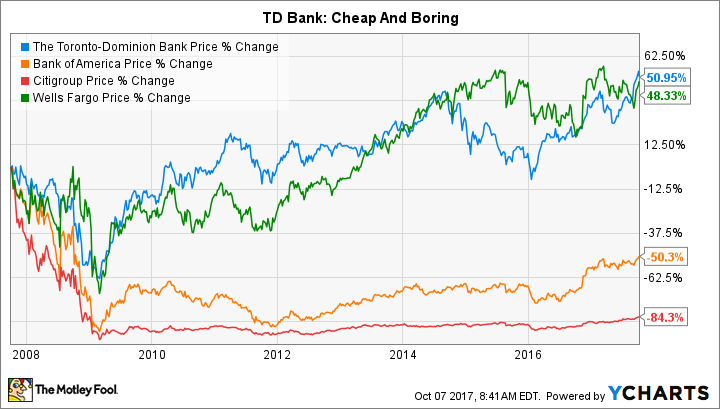 But what about value? Toronto-Dominion's price-to-earnings ratio, a key part of how Warren Buffett values banks, is around 13.4 today. That's a little higher than its five-year average, but it's well below Bank of America's P/E of 15.5 and the 15.1 at Citigroup. Even troubled Wells Fargo has a higher PE at 13.7. TD Bank is pretty conservative, and boring, but if you can deal with slow and steady growth over time, it deserves a place on your short list.

Invest in the early stages of a major housing trend

Jason Hall (Meritage Homes Corp.): Homebuilders have seen a steady, if slow, recovery in the market from the worst of the financial crisis in recent years. And it's looking as if one of the factors that has kept new home construction from growing at a faster rate in recent years may be starting to turn.

Entry-level homes are starting to drive a bigger share of both sales and profits. This past quarter, Meritage saw its pre-tax profits go up 7% on higher profit margins, something CEO Steve Hilton said was a product of a bigger mix of spec homes (homes built without a customer order in hand), which sell for lower price points but higher margins.

This is why the company is investing in growing its starter-home mix overall. Meritage purchased 4,000 new lots last quarter and will build entry-level homes on 70% of those lots. After years of sitting on the housing sidelines, there's evidence that millennials are starting to make the transition from being basement-dwellers and renters to homebuyers in greater numbers. If this trend continues, it could be huge and last for years. After all, there are now more millennials than baby boomers.

And trading at 13.2 times trailing earnings, Meritage is far cheaper than the average S&P 500 stock and nearly all of its peers. Homebuilding is cyclical, but the long-term prospects for Meritage look wonderful, with a major trend in its favor just starting.