Please ensure Javascript is enabled for purposes of website accessibility
Log In Help Join The Motley Fool
Free Article Join Over 1 Million Premium Members And Get More In-Depth Stock Guidance and Research
By Lee Samaha - Oct 13, 2017 at 8:16AM

Looking ahead to an intriguing third-quarter set of earnings from the aerospace and construction products company.

The key to Pratt & Whitney's future is its geared turbofan (GTF), and investors should follow management's guidance and commentary closely. In truth, the GTF has had teething problems that have disaffected airlines and airplane manufacturers Airbus and Bombardier.

Part of the problem is that management missed its target of producing 200 engines in 2016 by building only 138, and it still faces questions over technical issues (carbon seals and combuster liners). Consequently, industry analysts see GTF orders significantly trailing behind those of General Electric Company's LEAP engine in 2017 -- the two engines are competing on the Airbus A320neo family.

As such, there are four things to look out for: 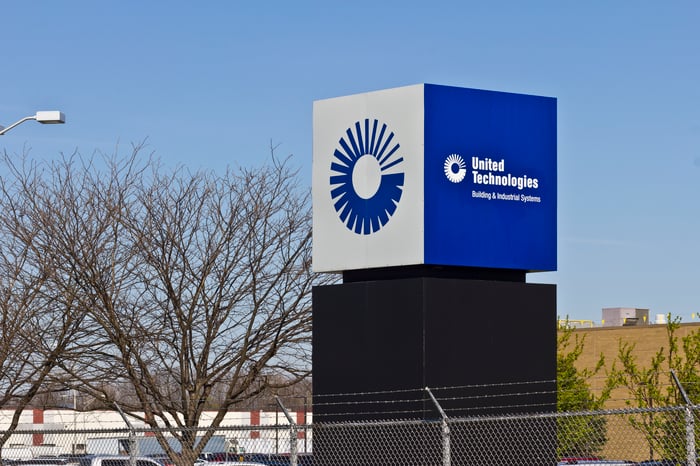 The company plans to increase unit equipment orders, particularly in the key China market, in order to generate more-profitable long-term service orders. The good news is that better-than-expected economic growth in China in the first half helped Otis to relatively better performance.

In short, let's see if Otis' relative improvement carries through into the third quarter, or if perhaps it was merely a function of the Chinese economy in the first half.

So far in 2017, management has achieved its aim of improving the climate, controls, and security (CCS) segment's equipment orders, and there is reason to believe they are being conservative with guidance. For example, CCS organic sales increased 2% in the first quarter, and then 5% in the second quarter, but management continues to expect CCS organic sales to increase in low single-digits this year.

In other words, don't be surprised if organic sales are good at CCS, but on a more negative note, CCS margin (see chart of orders and margin below) continues to contract, with management naming a litany of reasons: contract adjustments, acquisition impacts, research & development costs, unfavorable sales mix, unfavorable geographic mix, and newer product sales. 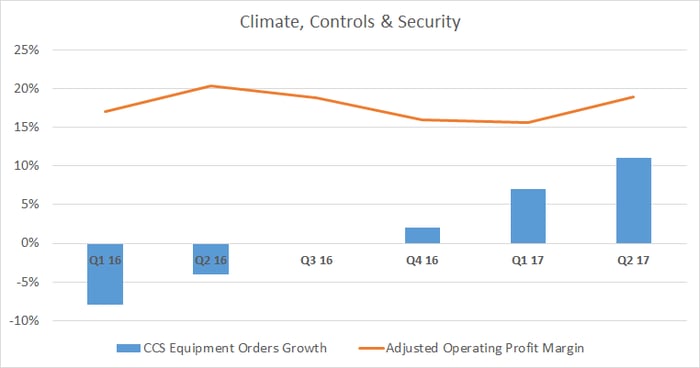 In short, look out for CCS equipment orders growth and guidance while hoping that margin makes an improvement.

The segment's overall sales are in line with guidance, but the mix hasn't been as expected. Specifically, aerospace commercial original equipment sales (OE) have been weaker than expected -- ongoing weakness in wide-body jets, business, and regional jets -- while aftermarket sales have been good.

The key issue will be the company-specific issue of the GTF, but the question of just how much China's growth in the first half helped CCS and Otis will also become clear with the third-quarter results. If China's growth slows, then United Technologies could be affected. Moreover, in the light of the intended Rockwell Collins acquisition, investors will want to closely follow aerospace OE trends.

If United Technologies reassures investors that it's on track in 2017, then the stock price could appreciate, but there is a lot of work for the company to do.