Please ensure Javascript is enabled for purposes of website accessibility
Log In Help Join The Motley Fool
Free Article Join Over 1 Million Premium Members And Get More In-Depth Stock Guidance and Research
By Billy Duberstein - Oct 17, 2017 at 5:47AM

On Oct. 1, Starbucks (SBUX 3.76%) officially closed its online store, ending customers' ability to buy Starbucks coffee, mugs,  and syrups directly from the coffee giant online. The move may seem strange, as the world of retail is increasingly moving toward digital distribution channels. Starbucks founder and Chairman Howard Schultz knows this all too well, so why would Starbucks take away the option?

The move may seem especially perplexing because many strong consumer brands are actually building out -- not shuttering -- their own digital channels. Retailers with strong brands have boosted their e-commerce capabilities, from Ulta Salon to Nike. In shutting down its online store, Starbucks seems to be defying not only its peers but also its own founder's words. So what gives? 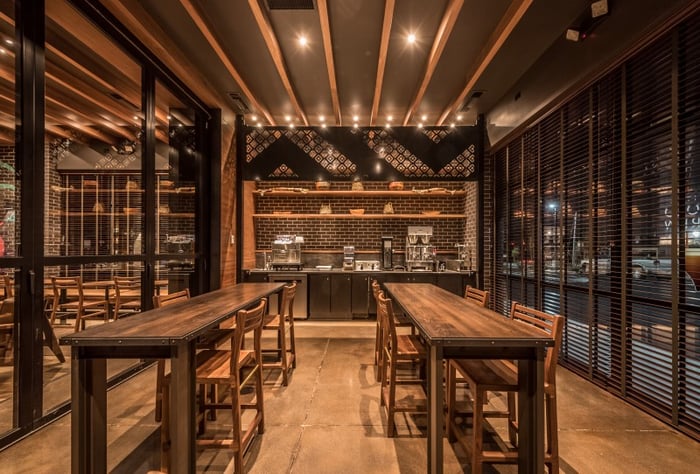 First, the parallels between Starbucks and other retailers are not exact. Starbucks' coffee shops are so ubiquitous throughout the U.S. (and the world, for that matter) that you're almost never very far from a company store.

While Starbucks' management acknowledges the importance of digital -- the company has actually been a pioneer in this field, with its pre-loaded loyalty card and order-ahead app -- Schultz & Co. have always stressed the importance of cultivating a unique in-store experience full of "theater and romance." That experiential brick-and-mortar element is the key part to survival, not merely the ability to ship goods directly to someone's house.

Moreover, Starbucks' products are already available on many grocers' shelves, and grocery chains are investing in their own digital and delivery capabilities, especially after Amazon's recent acquisition of Whole Foods Market. It's quite possible that Starbucks didn't feel the need to keep up its own digital store in that environment.

Starbucks spokeswoman Maggie Jantzen confirmed that shutting down the online store was part of the company's effort to "'simplify' Starbucks' sales channels," according to The New York Times.  Though the company doesn't release e-store data, I can't imagine that it was a significant driver of sales compared with the company's nearly 27,000 stores worldwide.

While it's likely that Starbucks' main goal is cost-cutting, there could also be another motive, as cutting off the direct digital channel could potentially force less-frequent customers back into stores. Same-store sales have been challenged this year amid a general decline in retail foot traffic, so this could be a way to force customers back to the local Starbucks and perhaps make an impulse purchase. Starbucks has always prided itself on being the inviting "third place" (not your home or office), so making someone run to a store for a bag of coffee might also entice them to stick around, sample some of Starbucks' revamped food offerings, or maybe try a new higher-priced reserve roast.

Starbucks is actually discontinuing sales of its flavored syrups, which will no longer be available for retail purchase. The move garnered an outcry from cult syrup fans, though again, I can't imagine Starbucks would have done this if these products amounted to a meaningful portion of its $22.4 billion in annual sales. From now on, if you want flavored Starbucks coffee drinks, you're going to have to let trained baristas make them for you (correctly!).

I'm on the fence

I'm all for companies cutting non-core expenses amid the challenging retail environment, but I have to admit I'm on the fence about this move. Because the company hadn't disclosed how much e-commerce was costing, it is hard to judge the costs and benefits of taking away the option. Starbucks' somewhat heavy-handed move to direct customers back into its stores and take control of flavored coffee could pay dividends, but could also drive customers to the local grocery store instead, where they will have several options -- many of them at lower cost -- staring back at them from the aisle shelves.