Shares of patent-holding company VirnetX Holding Corp. (NYSE:VHC) tumbled on Tuesday one day after it disclosed that it was awarded about $440 million in a patent case against Apple (NASDAQ:AAPL). The federal judge in the case ruled that Apple's on-demand VPN and FaceTime features infringed on patents held by VirnetX. Shares had soared between initial word of the ruling on Oct. 2 and a few days prior to the announcement, so this decline may be a simple case of investor enthusiasm getting out of hand.

VirnetX will receive $1.80 for each iPhone, iPad, and Mac product that infringes on the company's patents. The sum of those payments comes out to about $343 million. The court also awarded VirnetX an additional $96 million for attorney' fees and related costs. This is the third time that a court has ruled in VirnetX's favor in cases against Apple. 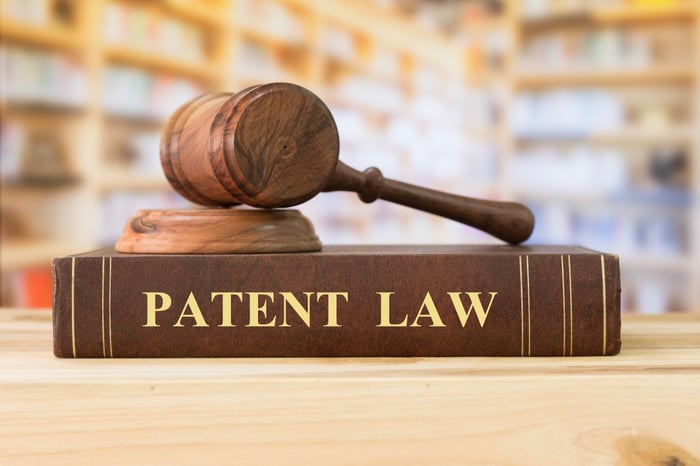 This Final Judgement amount is large because sales of Apple's infringing products are large. The cost of our security technology in infringing devices has been apportioned and is less than a quarter of one percent of the device's cost. We believe this established per device rate for security is very reasonable and will greatly assist us with our domestic and global licensing efforts.

Apple is expected to appeal the verdict.

With Apple set to appeal the verdict, this judgement doesn't mark the end of the patent battle between the two companies. There's no telling when or if VirnetX will actually receive cash from Apple. Apple has near-limitless resources to fight this battle, and the company is unlikely to go down without putting up a fight.