Central to PayPal's growth strategy is making the service the go-to payment option for users, and this metric will help investors measure that progress.

PayPal Holdings (PYPL -2.51%) has been as consistent as a company can be for several years. The digital payment provider regularly posts more than 20% growth in total payment volume (TPV), which has led to revenue growth of 17.6% annually over the past four years.

Management expects revenue growth to remain above 15% over the next few years, as PayPal seeks to become the one-stop destination for consumers' personal finance needs. Management plans to roll out new features and sign partnerships with large financial companies to make PayPal more accessible to the masses, and, therefore, increase the frequency with which customers use PayPal on a weekly basis. 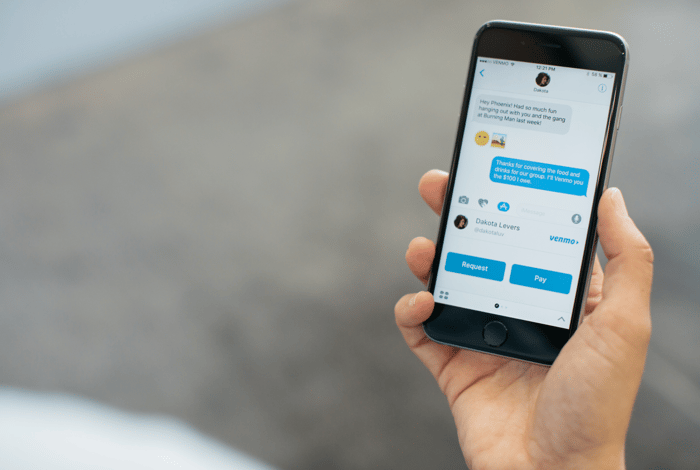 And what's great about PayPal as an investment is not only its consistent growth, but the company makes it easy to follow its progress by the metrics it provides in its quarterly earnings releases, the next one of which is due out Thursday. One important metric to follow is transactions per customer account, which reveals how often customers are using PayPal on a rolling-12-month basis.

Since the separation from eBay in 2015, PayPal has been relentless in doing everything it can to spread the ubiquity of its payments platform. There have been several partnerships announced with major credit cards and large banks. The idea is to give customers a plethora of payment choices they can make out of their PayPal digital wallet. More choice should translate to higher total payment volume (TPV), in which PayPal generates revenue by taking a few percent off every dollar processed on its platform.

All those choices PayPal provides its users, in addition to features like One Touch, which makes it more convenient and faster to use PayPal when shopping online, are designed to attract more users and persuade those users to use PayPal as their go-to payment option. Paypal this week also announced the extension of its Venmo payment option to nearly everywhere PayPal is accepted. The goal of all these actions is to boost TPV growth, leading to higher revenue and profits.

Transactions per customer account is the most important metric PayPal investors should watch as it shows how much users are relying on PayPal for weekly financial needs. This gives us a perfect indicator of how appealing PayPal's service and brand are to people. Since 2014, growth in transactions per account has accelerated from 7% to 10% through the second quarter of 2017. This acceleration is no coincidence considering all the things PayPal has been doing to make it easier and more convenient to use PayPal as a daily financial money management service. It's clearly been working, but there's still a lot of opportunity on the table.

For the trailing-12-month period through June 2017, PayPal customers used their account an average of 32.3 times for payment. That's about once very two weeks. CEO Dan Schulman thinks PayPal can do much better than that, saying during the second-quarter conference call:

We still have a goal to have a consumer use PayPal two times a week. That is our goal, not to drive to once a week but to drive to two times a week. And I feel like with all the initiatives we have right now and the trending that we're seeing, that over our medium to long term, that's within our reach. So feeling pretty good about where we are in the engagement side.

Schulman said this following remarks about the anticipated impact of its integration with Facebook Messenger and Alphabet's Android Pay service. PayPal also has similar agreements with Apple to allow customers to use PayPal as a payment option in iTunes and the App Store, as well as the ability to ask Siri in Apple's iOS to make a payment using the PayPal app.

It will take time for all of these efforts to kick in and allow PayPal to reach its goal. Two times per week translates to about 100 transactions per customer account over a year. With only 32.3 transactions per account as of last quarter, it's not going to get there any time soon, but investors should watch for consistent growth in this metric as PayPal's service becomes more ubiquitous.