Facebook (META 0.94%) has become a master at controlling users' eyeballs, but the social giant is now aiming for another part of the body -- the stomach.

Last week, the company launched a new food delivery option, connecting users with dozens of popular chains through a range of delivery apps. Facebook won't be handling any of the hard work of actually delivering your food -- the company is merely leveraging its massive network to make food ordering more convenient and keep users within the Facebook portal for longer periods of time, its ultimate goal. 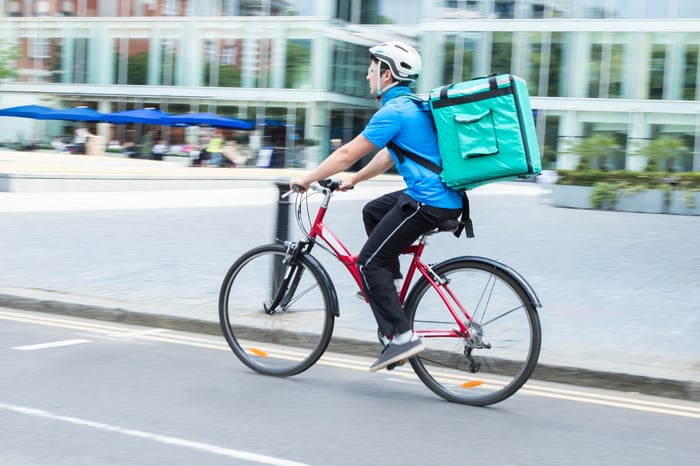 Delivery concepts have been tapping social media as a way to make ordering food even easier and to connect with customers through all possible channels. Domino's Pizza has done a better job of this than any other food delivery chain, allowing customers to order through Twitter, Facebook Messenger, and even with a simple emoji. While ordering through an emoji may seem like a gimmick, it reinforces the convenience and fun of getting pizza brought straight to your door.

Facebook's recent move won't revolutionize food ordering, but it validates a model that has been a rare winner in the restaurant industry, riding the same wave as other parts of the "stay-at-home" economy like streaming video. At a time when restaurants are struggling across the board and industrywide comparable sales are down, Domino's just put up domestic same-store sales growth of 8.4% -- and that was considered disappointing for the company. Papa John's has also been posting steady growth, a further testament to the strength of delivery concepts in today's market. 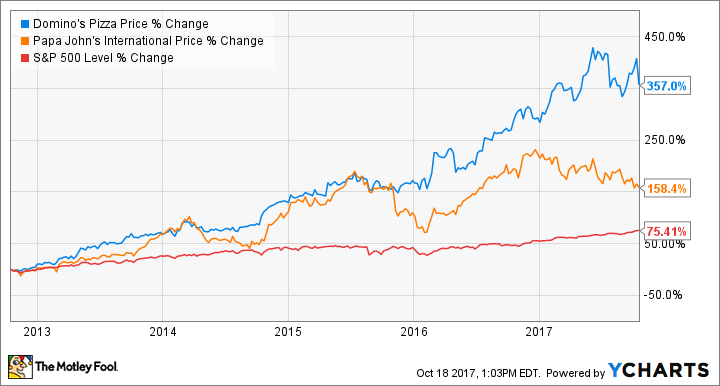 The U.S. has become saturated with restaurants. The number of them has increased 13% since 2010 to about 620,000, or nearly one for every 500 Americans, while the population has only grown 5% during that time. Not surprisingly, sales growth has slowed, and a number of fast-casual concepts that IPO'ed in recent years with big expansion plans have faltered.

What it means for GrubHub

GrubHub, the leading online food delivery marketplace, has been growing fast as Americans turn to such delivery apps for lunch and dinner. Revenue was up 32% in its most recent quarter, but the company faces a number of competitive factors ahead. Not only is it fighting with peers like DoorDash, Postmates, and heavily backed operations including UberEats and Amazon Restaurants, but the primary competition comes from offline channels such as the phone, as the company acknowledges in its annual report.

That means Facebook's food ordering capability is a huge vote of confidence in third-party delivery apps like GrubHub and gives it an advantage over its main competition, offline ordering. After all, Americans spend an average of 40 minutes a day on Facebook, so making it easier to order food within that ecosystem should drive usage of GrubHub and similar apps.

And competition between delivery apps may not be as intense as you might expect because the fragmentation has led to something close to a local monopoly in several cities. GrubHub dominates in markets like El Paso, New York, and Chicago, and is the leader in nine out of the 22 biggest cities in the country. Meanwhile, DoorDash has a 78% share of the market in San Jose, and Postmates leads in Los Angeles. That geographic gap could grow as providers focus on cities where they're strongest, which could also lead GrubHub to make more acquisitions as it did recently with Eat24.