PayPal's third-quarter report featured plenty of fodder for investors, but the mobile payment company's earnings call may have stolen the show.

Following such an impressive quarter, there was plenty to discuss during the company's earnings call. Here are some of the most insightful takeaways from the call (via an S&P Global Market Intelligence transcript), including a look at management's thoughts on acquisitions, mobile, and Venmo. 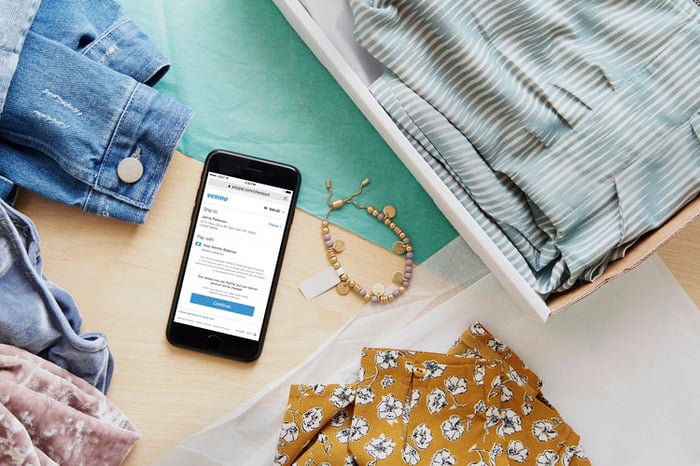 On a hunt for acquisitions

PayPal hasn't been shy about pulling the trigger on acquisitions recently. Indeed, it closed on two acquisitions during its third quarter: TIO Networks and Swift Financial. The company's appetite for acquisitions prompted one analyst to inquire about the company's overall attitude toward acquisitions.

Based on management's response, it looks like investors should expect even more acquisitions going forward. PayPal CEO Daniel Schulman commented:

I think we're playing from a position of strength as we go into the market and look at what's available. Obviously, we have a very strong balance sheet, and it's a potential weapon for us as we think about competing going forward. ... And our intention is to stay acquisitive and be a consolidator in the industry. We look at hundreds of opportunities every single quarter from small investments we make in some interesting start-ups to much larger, and we look at the whole gamut of that.

PayPal's strong balance sheet includes over $7 billion in cash and equivalents, putting it in a good position to acquire companies. And this cash hoard will likely only increase, as PayPal is on pace to generate over $3 billion of free cash flow this year.

Schulman summed up the company's current stance on acquisitions by saying investors can expect PayPal "to be acquisitive but in a disciplined and a thoughtful manner."

Schulman eloquently captured why mobile is so important when he called it "the defining force in digital payments." He continued: "It is rapidly blurring the distinction between online and offline and accelerating the adoption of digital payments."

The monetization of Venmo

Earlier this week, PayPal announced that its leading mobile app for person-to-person (P2P) payments, Venmo, will now be accepted as a payment option at over 2 million U.S. retailers. The move was important for several reasons, but one reason stood about above the rest: It marked the beginning of Venmo's monetization.

Unsurprisingly, one analyst was curious if the early stages of Venmo's monetization are proving to be material enough for the company to begin factoring its ongoing growth in revenue contribution into the company's guidance for next year's revenue.

We do have some modest assumptions about monetizing Venmo going into next year. We're encouraged by the launch of Pay with Venmo with 2 million merchants right now. We'll continue to expand that.

But Rainey also emphasized that it still considers Venmo as "an area of investment," so investors shouldn't expect Venmo to be a meaningful profit center yet. Longer term, however, PayPal does want to milk this opportunity for all it's worth.

This is a pretty precious experience, so we want to make sure that we get it right. And so in the guidance that we gave, approximately 20% revenue growth and 20% earnings growth, that does include some assumptions about Venmo. But this is a leg of growth for us, profitable growth into the future, and we've got a multiyear outlook going on what this will be.

Between PayPal's strong position to make more acquisitions, surging growth in mobile, and big opportunity with Venmo, investors should be pleased with PayPal's third-quarter results.