The global payments leader delivers on multiple fronts and once again lifts guidance for the current year.

If you're rooting around for vulnerabilities in PayPal Holdings Inc.'s ( PYPL -1.72% ) business model, you'll have to peer closely. So far this year, the company's focus on a few distinct themes, including higher mobile-transaction volume, additional payment partnerships, and ease of customer use, has fortified existing competitive advantages. PayPal reported impressive results across both its financial statements and key internal metrics in its third-quarter 2017 earnings filing, released Thursday after the closing bell. 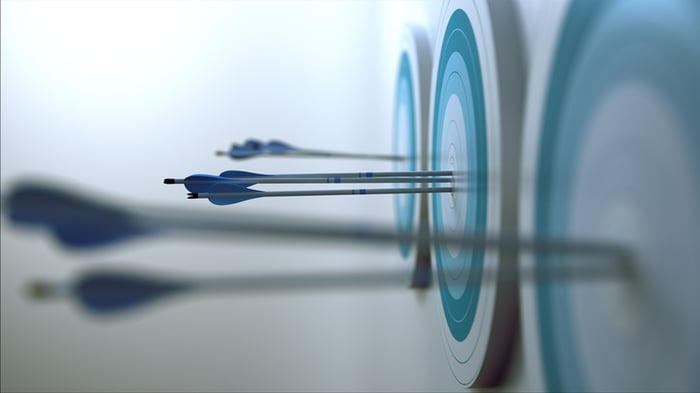 A subtle reason behind PayPal's current success is its continual effort to make it easier for merchants to sell and for customers to purchase. This manifests itself in features like Choice, which lets customers choose from a range of funding options on the platform, from checking accounts to the credit cards of partner companies. Another feature juicing TPV growth is One Touch, which allows users to skip the PayPal login to purchase items online. CEO Dan Schulman illustrated the reach and importance of this feature during the company's post-earnings conference call. It's a great example of how the company is outpacing competitors by liberating customers:

PayPal's One Touch experience continues to set the standard in mobile checkout conversion with almost 2x the conversion rate of the industry average. We now have 70 million consumers who benefit from the speed and convenience of a single-touch checkout and over 6 million merchants around the world who now offer this transformative checkout experience.

As in the second quarter, PayPal's vigorous performance prompted a revision of earnings guidance by management. Versus the previous full-year revenue growth target of 18% to 19%, the company now expects its top-line to expand 19%-20%, to between $12.92 billion and $12.98 billion. Management also tweaked the range for full-year diluted earnings per share, raising the bottom of the band by $0.02, to a final estimate of $1.34-$1.36.

For the fourth quarter, PayPal projects robust revenue growth of between 20% and 22%. Some shareholders are undoubtedly already looking forward to the final quarter of 2017, not to see if the company can hit its targets -- at this point that seems a given -- but to obtain and digest the revenue and earnings growth prospects for the year ahead.