Storage is a major need for businesses in nearly every industry in the economy, and Mobile Mini (MINI) has sought to offer its clients an easy solution for their storage needs. Yet Mobile Mini does a substantial amount of business in the energy industry, and the volatile conditions in the oil and gas sector over the past several years have posed a challenge for the storage specialist as some of its most important customers go through struggles of their own.

Coming into Friday's third-quarter financial report, Mobile Mini investors wanted to see at least modest growth in the company's key financial metrics. Although Mobile Mini once again had a fairly strong performance in driving revenue, its profit fell from year-ago levels, raising concerns about when the storage company will be able to mount a full-fledged turnaround. 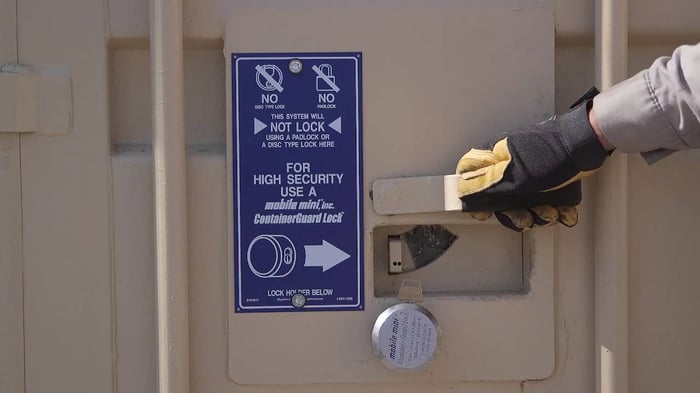 The third-quarter results continued the company's streak of mixed performance. Sales were up 6% to $136.6 million, which was about double the growth rate that most investors had expected to see. Yet adjusted net income fell 14% to $11.8 million, and that resulted in adjusted earnings of $0.27 per share, well below the consensus forecast among those following the stock for $0.32 per share.

Much of Mobile Mini's strength came from its storage solutions business, which is in line with what investors have seen in the recent past. Rental revenue from storage solutions rose at a 7% clip, with the number of units that Mobile Mini rented out rising by more than 5% from last year's levels. The company continued to use its pricing power to drive price increases, with rental rates rising 2.9% year over year. Seasonal orders were up by more than a fifth from the previous year, and average unit utilization for the storage solutions segment climbed by more than a full percentage point to 71.8%, with even better numbers coming late in the period. Rental fleet units were up 3% to 214,900 as store counts remained stable. Still, segment operating income fell slightly from 2016's third quarter.

The tank and pump solutions segment held back Mobile Mini. Segment revenue was down 2% year over year, and higher costs led to a nearly 75% drop in operating income. The division got some good news from rising utilization, which hit 66.6% on average for the quarter and ending the period at nearly 73%. Yet increased variable compensation expenses weighed on Mobile Mini's operating earnings overall. Mobile Mini had one additional location offering tank and pump services, but it remains a small part of Mobile Mini's store network.

Mobile Mini also managed to keep getting good performance from its outright sale of storage solution products. Revenue from that business was up by a quarter, easily outpacing the roughly 2% rise in rental revenue.

Can Mobile Mini get growing again?

CEO Erik Olsson was optimistic despite the earnings headwinds. "I am very pleased with the performance of both our business segments this quarter," he said, pointing specifically to better times for the tank and pump segment as "certain of our downstream customers are now engaging in turnaround and maintenance activities that had been previously deferred."

Mobile Mini thinks that the future looks brighter. In Olsson's words, "Our business segments are rapidly improving, and we are generating great momentum as we head into the fourth quarter." He explained that good internal performance has resulted in larger compensation payments that in turn have held back earnings, but cost-control efforts elsewhere should start showing up in future results soon.

Mobile Mini shareholders were calm about the short-term decline in earnings, and the stock climbed 3% by midday Friday following the announcement. Once the oil and gas sector gets back on its feet, Mobile Mini hopes that it can start seeing support from both sides of its business that in turn could get its profit engines humming again.