Please ensure Javascript is enabled for purposes of website accessibility
Log In Help Join The Motley Fool
Free Article Join Over 1 Million Premium Members And Get More In-Depth Stock Guidance and Research
By Danny Vena - Updated Oct 23, 2017 at 6:05AM

Skechers kicked it into high gear and bucked the trend seen in other athletic shoes companies.

Going into Skechers U.S.A., Inc.'s (SKX -3.01%) quarterly financial report, investors didn't have high hopes for the footwear purveyor. Other athletic shoe companies and retailers have been pummeled by waning interest and the ever-growing march toward e-commerce. Just a year prior, the company had lost more than a third of its value as weak sales and even weaker guidance pounded the stock.

But when Skechers revealed its financial results after the market closed on Thursday, the company reported record sales that exceeded its own guidance as well as analysts expectations, and the stock jumped as much as 40% on the news. Let's see what's driving those gains. 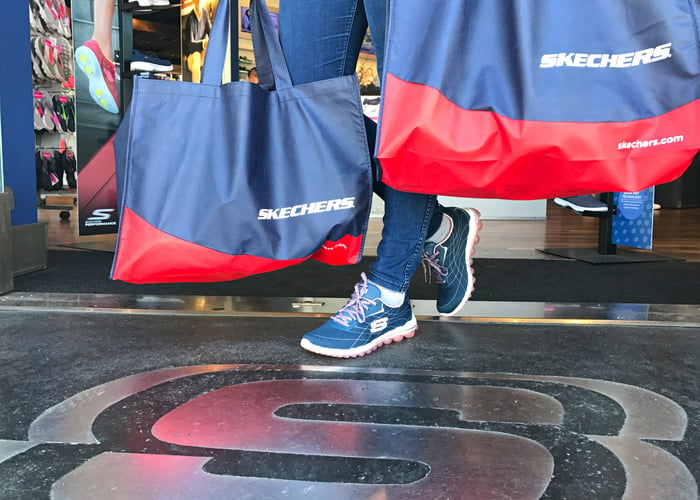 Skechers put its foot down

For the just completed third quarter, Skechers net sales grew to a quarterly record of $1.095 billion, up 16% year over year.  This exceeded the top end of the company's forecasted range of $1.05 billion to $1.075 billion, and the analysts' consensus estimates of $1.07 billion. The company has achieved a record $3 billion in sales so far this year.

Another pleasant surprise was the same store sales growth, which clocked in at 4.4%. Domestic comps came in at 3.1%, which was surprising, considering the temporary store closures resulting from recent hurricanes, and that stores in Puerto Rico remain closed. In the prior year, the company had produced $1.5 million in sales on the days corresponding to this year's closures.

Skechers gross margins improved during the quarter at 47% during the current period, up from 43% in the year ago quarter.

Skechers reported net income of $92.3 million, up 42% year over year. This produced adjusted earnings of $0.59 per share, a 40% jump from the prior year quarter. This exceeded the company's expectations of earnings in a range of $0.42 to $0.47 per share, while also eclipsing the $0.43 expected by analysts surveyed by Thomson Reuters.

During the quarter the company grew its company-owned stores by 623 locations, growing its store base to 2,428 locations worldwide. 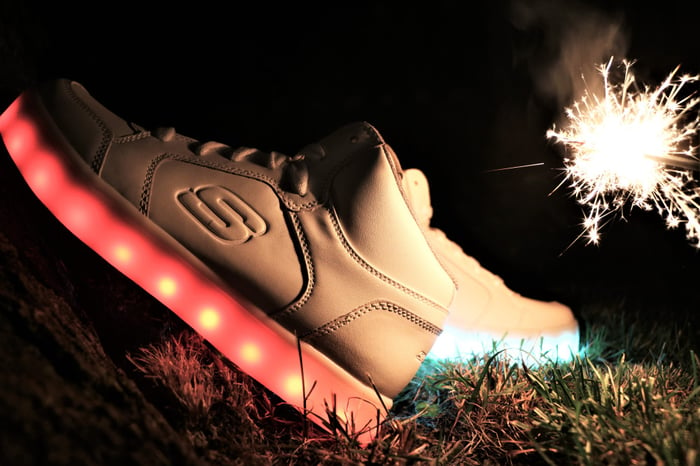 Based on the strong growth achieved this quarter, Skechers believes it will hit net sales next quarter in a range of $860 million to $885 million resulting in diluted earnings per share of $0.09 to $0.14, which would represent strong growth for what is a seasonally weak quarter.

The blowout this quarter was all the more astonishing considering the results produced by other shoe retailers and major brands in recent months. This is a far cry from Skechers results of just a year ago, and investors are reaping the rewards, now that the shoe is on the other foot.