Qualcomm (NASDAQ:QCOM) has been under siege this year. The chipmaker's business has run into trouble thanks to a feud with Apple (NASDAQ:AAPL), which has encouraged other smartphone players to join the fight against the so-called "Qualcomm tax."

But this isn't the only problem that Qualcomm is currently facing. The company's much-hyped acquisition of NXP Semiconductors that was supposed to open up the road to automotive riches has run into a speed bump. Furthermore, Qualcomm will run into stiff competition from the likes of NVIDIA (NASDAQ:NVDA) in emerging technology trends such as drones. 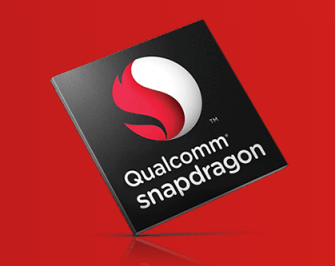 Not surprisingly, the stock market has lost confidence in Qualcomm, as its shares are currently languishing at the lower end of its 52-week band. It has lost over 20% of its value in the past year, and the chances of a turnaround look bleak. Here's why.

Apple has objected to Qualcomm's percentage-based royalty system. This arrangement allows the chipmaker to earn royalties from more expensive smartphones that have a higher bill of materials thanks to costly components such as an OLED display, which Qualcomm doesn't supply.

The iPhone maker's revolt has proved costly as the chipmaker's earnings before taxes (EBT) from the Qualcomm Technology Licensing (QTL) business fell 51% year over year in the last-reported quarter. This is a body blow for Qualcomm as the QTL business had been supplying 83% of the company's EBT, which dropped to just 59% at the end of the third quarter.

Looking ahead, the QTL business could slip into more trouble as it recently received two setbacks in its fight against Apple. Last month, a district court in the state of California ruled against Qualcomm's motion to force Apple suppliers to make royalty payments while the litigation is ongoing. Additionally, Qualcomm's motion to stop Apple from pursuing parallel lawsuits in other jurisdictions around the globe has also been denied.

As a result, the company's licensing business won't get back on its feet anytime soon. Apple could derail the QTL business in the long run since the company is reportedly ramping up the production of its own chips to reduce reliance on Qualcomm.

In May this year, Apple poached Qualcomm's vice president of engineering -- Esin Terzioglu -- who had spent eight years at the chipmaker and was in charge of the company's technology roadmap. Then, in late September, Nikkei reported that Apple is expanding its chip manufacturing efforts, having invested in research and development for baseband modem chips that it currently buys from Intel and Qualcomm.

Apple has already made a big dent in Qualcomm's licensing business by stopping royalty payments. Therefore, its move of going in-house will have negative implications in the long run for Qualcomm.

Automotive dreams could be in trouble

Qualcomm was supposed to close its acquisition of Dutch chipmaker NXP Semiconductors by the end of the year, but that looks highly unlikely now. The deal has twice run into trouble with antitrust regulators in the EU. The EU regulators believe that Qualcomm and NXP haven't yet provided key details pertaining to the deal, and the merger might cause a rise in the price of NXP's widely used Mifare technology.

Furthermore, the NXP deal could also run into trouble in China, where Qualcomm has a spotty history with regulators. Additionally, activist investor Elliot Management, which is NXP's largest shareholder with a 6% stake, is pushing Qualcomm to raise its price. All in all, the deal seems to be in trouble for several reasons, delaying Qualcomm's potential gains from the self-driving car space.

At the same time, rival chipmaker Intel has made huge strides in autonomous cars, landing key accounts such as Alphabet subsidiary Waymo and Tesla. This is bad news for Qualcomm, as further delays in the NXP deal could push it behind the curve in self-driving cars, hurting its chances of making a dent in this fast-growing area.

NVIDIA steps in on drones

The drone market could be a potentially fertile ground for Qualcomm. Business Insider Intelligence forecasts that consumer drone shipments could increase by more than 31% a year until 2021, and enterprise drone shipments will rise 51% a year over the same period. Not surprisingly, Qualcomm has been building a lot of hype around its drone technology this year.

The company's Snapdragon Flight drone platform allows drones to navigate without the need for any global positioning system (GPS), using machine learning techniques to fly on their own. But NVIDIA is trying to steal a march over Qualcomm.

The graphics specialist has landed a couple of key wins in this space in the past few months. First, NVIDIA's drone tech was selected by GE Ventures company Avitas Systems, which will be using the former's artificial intelligence (AI) expertise and graphics processing units (GPUs) to train drones for industrial inspection.

Additionally, NVIDIA has also made inroads into retail. E-commerce specialist JD.com has joined up with NVIDIA to power drones for last-mile retail and goods delivery. The two companies are already testing their technology in real-world scenarios in China across university campuses and remote communities.

Qualcomm, on the other hand, doesn't have any such big wins. However, the company is trying to democratize drone development by selling a complete kit to developers and OEMs (original equipment manufacturers). This could help Qualcomm become a big supplier in the drone market, but the road isn't going to be easy if rivals like NVIDIA keep landing big clients.

Qualcomm's biggest source of profits is in trouble thanks to Apple. Additionally, its pursuit of growth in emerging technology areas such as autonomous cars and drones could run into serious competition as rivals step up their game, putting Qualcomm in a position from which a turnaround will be difficult.